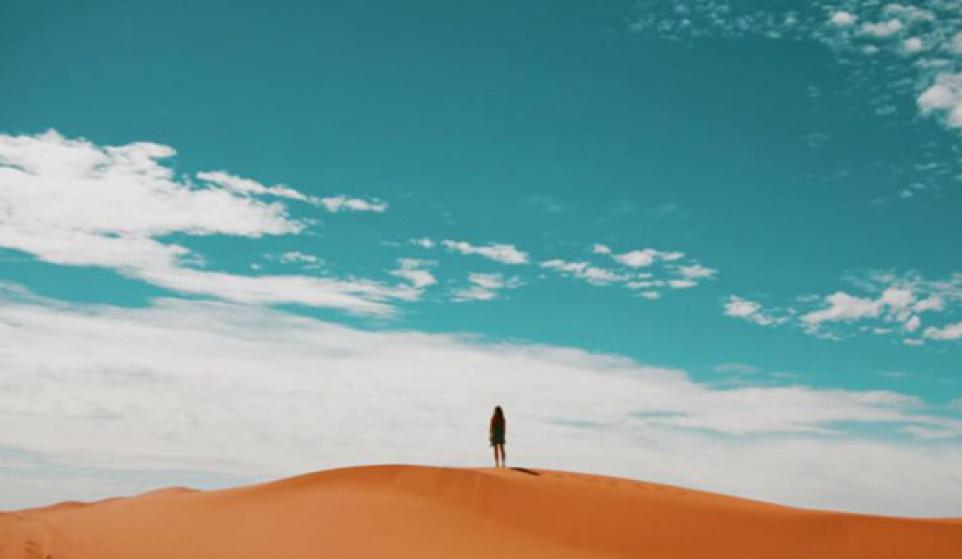 We're back with Emerging Candy after way too f*cking long a lay-off. Did y'all notice? Me neither. It was good to see a Scottish outfit win the Mercury prize, huh-huh go YOUNG FATHERS - I half expected the tic-toc head of FKA Twigs to scoop this, I blame Twilight for ruining her chance.

What about the whole Drive re-score by Zane Lowe, too? I was so hyped for this, promising the potential to be the great musical experience of the 2014! They were never going to emulate that iconic soundtrack - at the very least it got folks otherwise known as the "Jarb audience" to tune into a epic cult indie flick. In truth it was a lame effort & only two tracks we felt came out of #R1Drive with some credibility; that said 'Drive' the movie wins, it's all good.

Onwards to the Candy, and god damn it's sweet! We have real mix here from the soulful Leon Bridges, electronic brilliance in TALA, the sensual funk of MOTHXR, and you'll love the visuals included in this week's round-up.

Leon Bridges channels this mesmerizing Sam Cooke vibe and it's not a inspiration he's likely to hide, either. When you're trawling new vibes continuously, rarely does a piece of music hit you so damn hard and feel completely fresh (ironic, I know), that you feel the need to tell anyone within 2 feet of you that they really should be listening to Leon Bridges! A true buzz is brewing over Bridges around the blogosphere. You can count him as a solid selection for those end-of-year lists, for sure, and with good reason. A trend forecast for a 60's revive is all but here.

When we soon look back over this year in music, TALA will be at the top end of our emerging favourites. Having dropped one of our tracks of the year (On My Own In Hua Hin), the absurdly talented songwriter/producer returns to Morocco where the debut "Serbia" visual was shot. I reckon it's fair to say the budget has increased for her latest offering, "Alchemy." The video is rich, colourful and a wonderful, aesthetically pleasing piece of work. Oh, the song is sick, of course it is.

We have some fantastic videos to feast on this week, though this clip from Elderbrook is quite possibly the most original. Oil paintings and stop animation from artist Lauren Gregory work a treat here against the minimalistic beats and clicks of "Could." Signed to Black Butter and with the debut EP looming, this is pretty much one to watch.

It's been eight months since these guys jammed the blogosphere with "Easy." The band known as MOTHER back then were pretty anonymous and later revealed to be fronted by Penn Badgley (Gossip Girl). They may have slightly altered their name to the more google friendly MOTHXR, but thankfully nothing has changed musically. The Brooklyn four-piece return with "Stranger," a sensual, funky and utterly fuckable slice of ear candy.

WONDERFUL HUMANS - WORTH YOUR WHILE

Wonderful Humans are NYC duo Brian Cag and Amanda Carl. Albeit not Swedish, they do hit that familiar Scandi-pop note with the soaring "Worth Your While." Cag is far more delicate here than what we heard on their much mooted debut, 'Edge Of The Night,' earlier in the year, allowing Amanda to smash down the sonic walls he's built, and the listener to shadow them on this short nostalgic trip. We're hoping this is the direction Wonderful Humans continue to channel, like real human beings.

We can always rely on Starcadian to provide our retro-fix. He's already released one of our favourite albums this year with the epic Saturdaze LP. This time he's created a new visual for "Dance Or Die," treating us to aerobics with a gory twist. Take that Swifty!

Starwalker return with another quirky number that feels straight out of your next favorite indie film soundtrack. The duo who we've tracked all year since their wonderful "Bad Weather" debut are Jean-Benoit Dunckel (Air / Tomorrow’s World) and Icelandic composer Bardi Johannsson. "Blue Hawaii" is a perfect comedown to that of Starcadian (above). Also this pair are very much about the creative visual side of their music. We're looking forward to a new clip, due next week.

WILLS - GOING THROUGH IT

Almost no info is available to go on for newcomer WILLS. He has 4 Facebook followers and less than that on SoundCloud where we're streaming this "Going Through It" debut of his. A solid intro to his sound it is though, future R&B they call this and that's fine by us too. Get familiar with the Bronx-based singer.