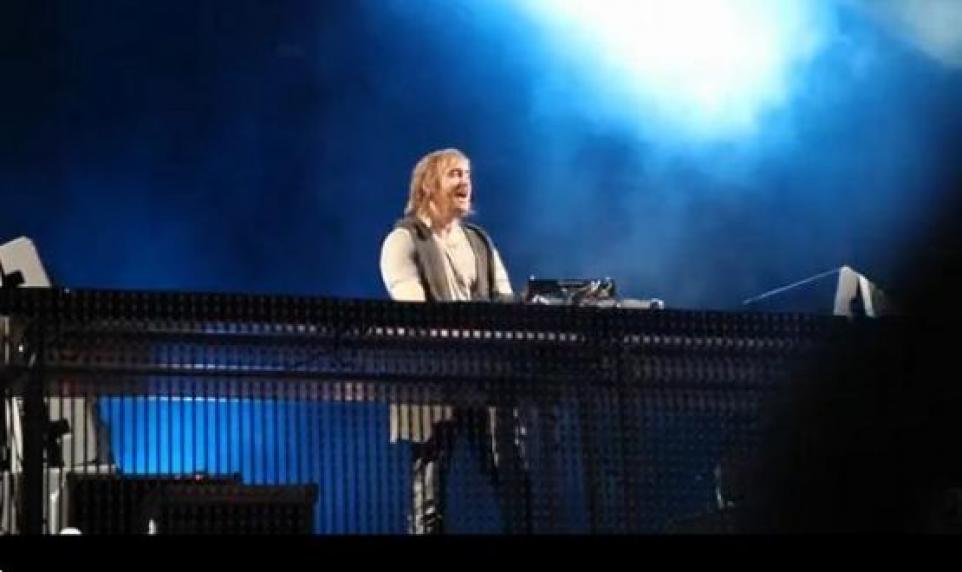 David Guetta, 59, About to Retire

It was rumored this week that International superstar DJ, David Guetta, who just turned 59 will soon have to deal with the French government on their mandatory retirement age for French recording artists, which is 60.  Most artists stop making music in their 50s, which is why David Guetta's case is so rare.

But after DJing for over 40 years it might be mandatory retirement right around the corner. The same thing happened to Gerard Depardieu.  Oh well.  In the mean time make sure you catch David Guetta live in his last year of legally authorized DJing.

In the meantime David Guetta revealed the track listing for his new album "Nothing But The Beat," coming out August 29th.  We've got the track listening here so check it out...with this line up it's looking like some pretty great pop goodness
‘Nothing But the Beat’ Tracklisting:
1. ‘Where Them Girls At’ Feat. Flo Rida & Nicki Minaj
2. ‘Little Bad Girl’ Feat.Taio Cruz & Ludacris
3. ‘Turn Me On’ Feat. Nicki Minaj
4. ‘Sweat’ Snoop Dogg vs David Guetta
5. ‘Without You’ Feat. Usher
6. ‘Nothing Really Matters ‘ Feat. Will.i.Am
7. ‘I Can Only Imagine’ Feat. Chris Brown & Lil Wayne
8. ‘Crank It Up’ Feat. Akon
9. ‘I Just Wanna F—’ Feat. Timbaland & Dev
10. ‘Lunar’ (Electro Track)
11. ‘Night Of Your Life’ Feat. Jennifer Hudson
12. ‘Repeat’ Feat. Jessie J
13. ‘Titanium’ Feat. Sia
By the way, we were kidding about David Guetta being 59.  He's really 53...Oops I mean 43.  And by the way, if you're French...look, just stop hating on the Americans.  For at least the reason we invent some pretty cool things like: cars, airplanes, sound recording, movies, computers...and oh that other thing...electricity.
Here's Mr. French with "Gettin' Over You" (one of my favs...honest!)