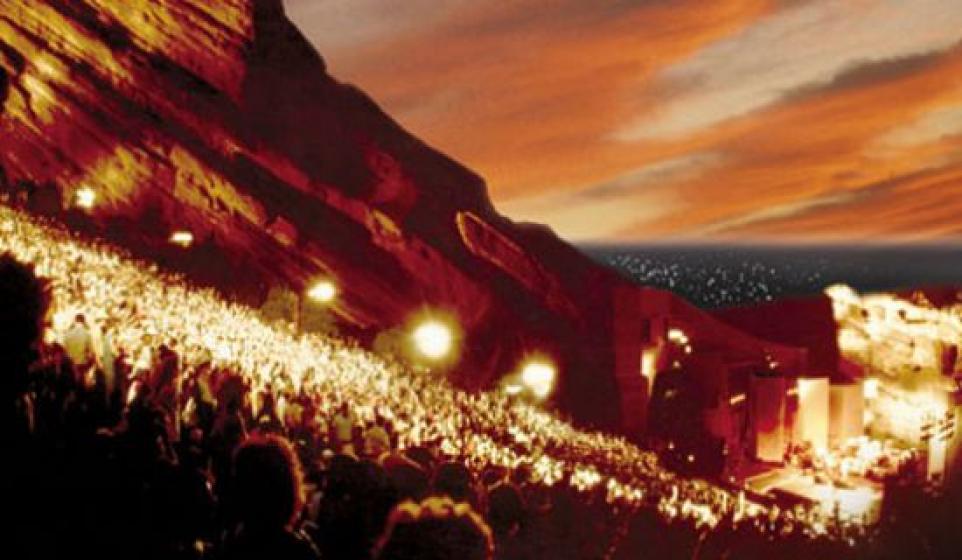 I have long told anyone within earshot that no one puts on a better live show than Devotchka, the band most people are only aware of because of Little Miss Sunshine.

Seriously though, if you ever have the chance to see the live, do whatever it takes to do so and then thank me afterwards.

In September the Gypsies played two shows at Red Rocks (for my money the best venue in the continental US) and invited the Colorado Symphony to play with them.

The result is a batch of Latest New Songs from their entire catalog.

Listen to the wonderfully cinematic "All the Sands in All the Sea (â€ªLive at Red Rocks with the Colorado Symphony)â€¬" below:

Since they went through all the trouble of playing a show with the Colorado Symphony, Devotchka decided to record the whole thing and put it out. They released it today and you can pick it up over at iTunes.

Thanks for stopping by Bitcandy's Blogs On Music, where our precious souls have been bought and sold, at bargain basement lows, to common criminals.