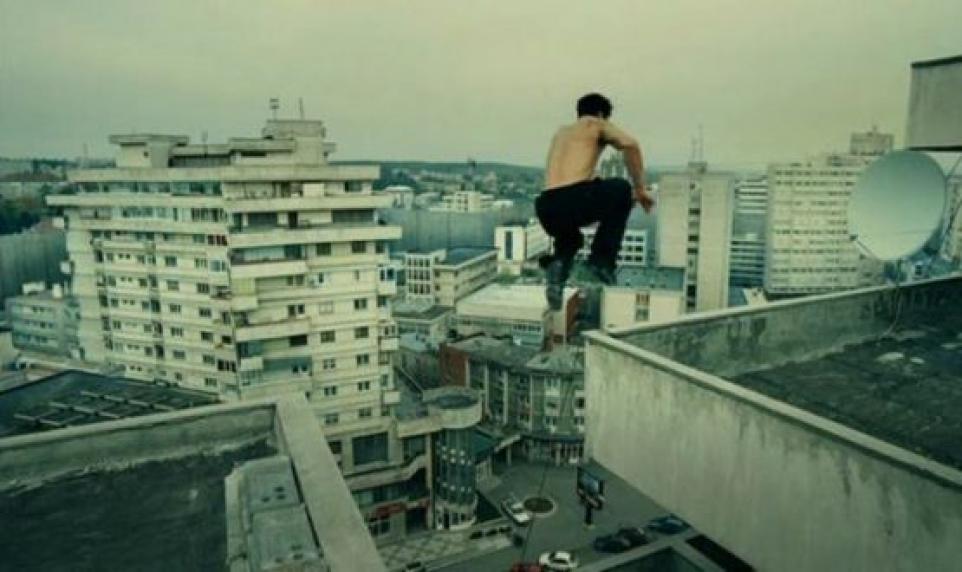 I admit it.  I’m an action movie whore…and often will not attend a movie inside an actual movie theatre unless there is at least one good explosion.  The only problem is...I’ve seen all the best American action films of the last 50 years.

Ahh what’s an action film buff to do?  But don’t worry…because I have the solution!  It’s time to start getting out that French to English dictionary and look up ‘District B13,’ one of the most inventive awesome action films of the last 10 + years.

Excited yet?  Let me tell you who directed it.  Luc Besson, the total master mind behind epic greats like: 'Nikita,' 'The Messenger,' 'The Transporter Series,' 'Angel-A,' 'Tell No One,' 'Taken,' 'Leon The Professional' and 'The Fifth Element.'
Ultimately, ‘District B13’ is right up there with one of his best…but unfortunately just happened to fall through the cracks...mostly because it’s in French, if I were to guess.

The action scenes are jaw dropping.  A majority of the scenes involve parkour, which is basically street acrobatics without wires or CGI.  One of the founders and icons of parkour,

David Belle, stars, while also doing most if not all of his own stunts...simply because, no other human being can do this.  (Yes, Jackie Chan would be proud.)
But this isn’t a dumb testosterone filled action flick.  No, no…not with Luc Besson on board.  The action scenes, script, and the film are totally smart, fresh and wholly original.
Of course if you’re looking for a French art film...keep looking.  Action film lovers…Rejoice.  I’m gonna watch this one again.  Followed by sequel District B13: Ultimatum…also worth a rental but not as ‘fresh’ as the original.  But what sequel is?
Synopsis
In France it’s the year 2010, and the most horrendous ghettos of Paris are fortified and locked away with isolation walls.  One of the worst neighborhoods is District B13, ruled by the brutal drug lord, Taha. Meanwhile, Leito (David Belle), an honest punk, doesn’t tolerate drug dealers and is eager to reclaim his district and take Taha down.
So, when Leito destroys Taha’s $1 million worth of cocaine, the gangster kidnaps Leito’s sister, Lola, while Leito gets falsely arrested by a corrupt cop in alliance with the gangs.
Meanwhile, the co-hero of the movie, a tough and actual honest cop, Capt. Damien Tomaso (Cyril Raffaelli) is tasked by the Defense Bureau for the most pressing mission of his entire career. In less than 24-hours, Damien needs to locate and disable a stolen neutron bomb, that if exploded would annihilate the entire 13th District and its two million residents. Running out of time, Damien must seek Leïto’s help to find and deactivate the bomb, while also rescuing his sister.  Besides, Leito is the only one who knows District B13, as well as awesome ass-kicking Parkour skills by heart.
District B13 - Parkour Win