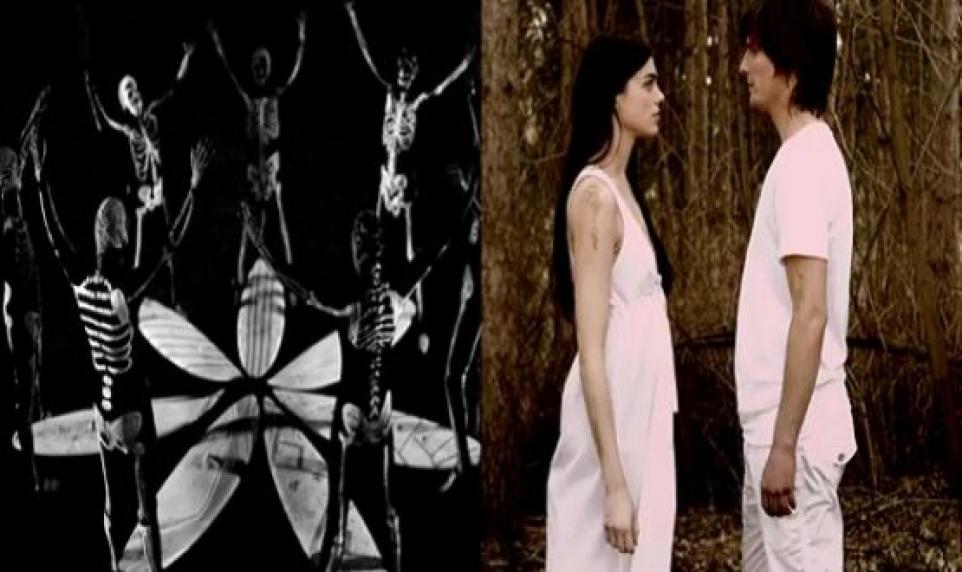 Two of the top indie records to have been born from 2011's womb thus far, Panda Bear's "Tomboy," and Bon Iver's sophomore, self-titled LP, have both parted with visual delight for us today.

Intriguingly, the flick for Panda Bear's "Surfer Hymn" - a track taken from the fourth, and perhaps greatest full length record from the Animal Collective member - has been treated to an unofficial (yet glorious) going over by director Sam Fleischner of m ss ng p eces - a Brooklyn-based creative company who claim to be "inspired by the limitless potential of the web." Consisting of bunch of skeletons raising from their graves in order to go surfing through suburbia, the wonderfully weird video compliments its equally dreamy soundtrack.

Bon Iver has also unveiled the first video to come from his forthcoming self-titled LP today. Having had a preview listen to the new record, I can confirm Justin Vernon's second effort is a cinematic masterpiece which proves there is heaps of life beyond his overwhelmingly successful debut, "For Emma, Forever Ago." Speaking of cinematic, check out the beautiful video for the albumís first single, "Calgary," below. Directed by Andre Durand and Dan Huiting, the video sees a bunch of pretty people dressed in white fighting their way through a muddy forest, in order to reach some fire-involving revelation come the climax. You'll see what I mean.