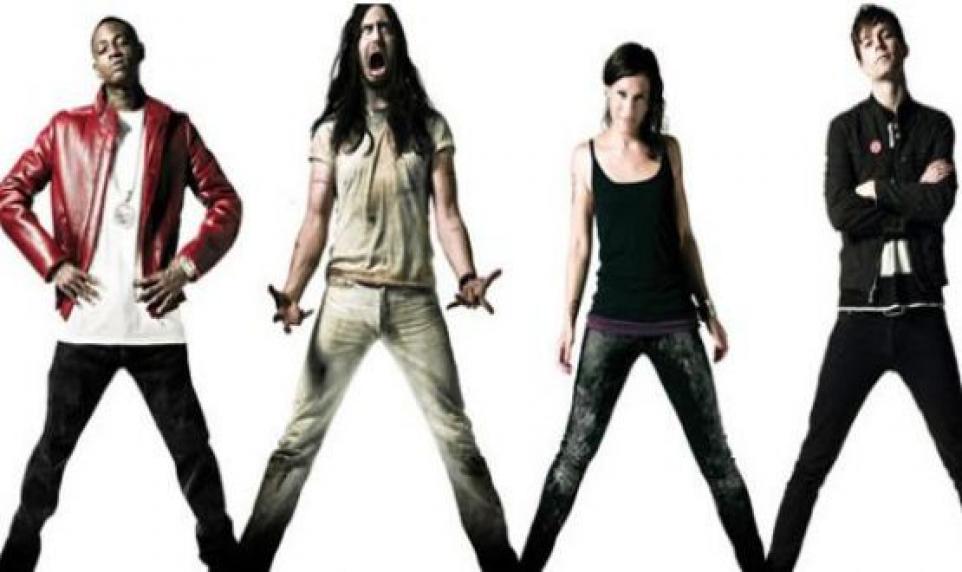 Back in 2008, shoe brand to the shaggy haired, Converse, brought together the "unlikely" trio of Strokes' front man, Julian Casablancas, Pharrell Williams and Santogold, in order to create a track for the company called 'My Drive Thru' (below). I guess to corporate suits, the idea may have appeared radically hip on paper, but honestly, what the three artists ultimately produced was utterly messy.

In 2010, Converse decided to try their whole, kooky collaboration thing again. This time it was down to Best Coast, Kid Cudi and Vampire Weekend's Rostam Batmanglij to come up with the goods. And well, the track was actually pretty decent this time round (but then again, I totally crush on anything Bethany Cosentino).

One year on and Converse return with another three artists -- Matt & Kim, Soulja Boy and Andrew WK -- and in doing so, also return back to the doldrums where they started off with Casablancas, Williams and Santogold.

Upon reading the tag line of 'I'm A Goner' -- "two parts rock, one part swag" -- you already know it is going to suck hard. The track pretty much consists of tacky synths backing up a childish playground chant-along, interspersed with ridiculously awkward rap and, erm, Andrew WK... (must I say anymore?) Still, if you haven't been too off put by my cynical words, you can stream/download it over at Converse's website now.