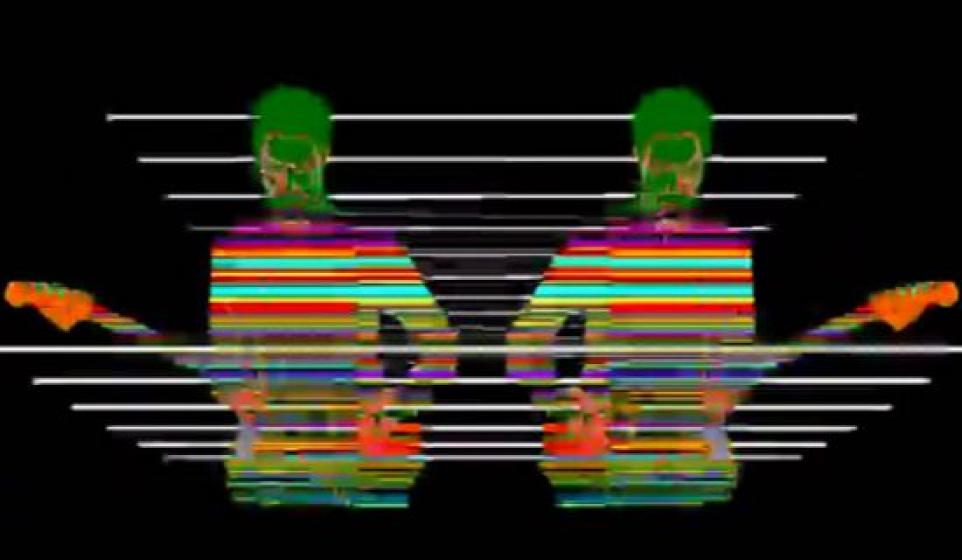 Mainstream was buzzing this week huh, Grammys, Beiber thrown in a cell..again, apparently he wrote "Free JB" on the wall - too bad his cell-mate was dyslexic. And Madge boards the Miley express, declaring 'Don't ever Tell us We Can't STOP!' How about they simply don't feckin' start.

Free yourself away from "that" deport petition for a moment and get some serious tunage from this week's Emerging Ear Candy. Including Nordic newcomers Highlands, Atella & Nuoli.

The joy of searching through the Small Print at x hip festival is discovering potentially future headliners. I am pretty obsessed by filtering that tiny writing on the foot of Festival posters, so much so that I recently began my annual eye examination by reading the Snellen chart backwards.

Which brings us to 'Highlands' or 'Highg Lands' according to this Icelandic duo's Soundcloud - being Scottish.. I prefer the former. This is their debut single and they're due to play at the brilliant Sonar Music Festival (Reykjavik.) Lush Dream pop that feels completely effortless, Karin Sveinsdottir's vocal breezes through "Hearts" and our ears. The other half of this fresh duo is Retro Stefson's bass player Logi Pedro Stefansson. We're looking forward to how their music unfolds.

Tvvins are an Electro duo from Ireland formed just a few month ago. However these lads are not complete noobs; Larry Kaye is guitarist of Rock outfit Adebisi Shank & Conor Adams vocals/guitar of 'The Cast Of Cheers.' This project though has the potential to throw 'em among any of of our current UK synth top acts. The second track, "You Better," has just had a spanking visual dropped for it, how good is this, damn.

Another new band y'all should note is Norwegian trio, Atella, who have just dropped this aptly named "The Monster." Don't let the title fool you into thinking this is Nordic metal. Hell no, this is the kind of dreamy electronic-pop we're used to seeing their Swedish counterparts excel in. Such an impressive debut + a couple of kick ass remixes available.

"Singing 'Like A Virgin' in a desert karaoke booth, with Sleighbells on percussion and M83 on guitars." Now there's a thought to ponder from this new Electro-pop duo's bio, whilst you listen to the London pair and their guitar driven, synthy layered debut track "Funn." Who are Cash & David is anyone's guess - who cares about that when the music is this good.

Indie rock band Amber Run are a five piece from the UK that could quite well be our new Coldplay. I actually don't like to tag x band with y (see what I did there), but there is no getting away from the similarities here. Let's just hope there is no inflated ego a la Chris Martin festering within. There are a number of potentially great bands emerging in the UK right now; Amber Run are setting the bar high.

I feel a tad late to the Mvscles parteh! Apparently they have been around for a year at least. When you're making infectious Indie-pop as great as this duo, how is it escaping our ears? Perhaps it's just mine, but if it's your first listen too, let's grab our monkey sock and sway together, yeah. There also seems to be a dark cloud over the spelling of their name & that of CHVRCHES - seriously? Who gives a shVt about that, trollol.

We had Iceland and Norway mentioned (above) so here is Sweden's ace in the pack. Musician and producer Fanny Hultman, aka Nuoli, draws her inspiration from the likes of Kate Bush of past to Lykke Li of present. Her latest single, "A Girl Is A Gun," is a lyrical piece of brilliance with her message being vehemently against the glamorisation of guns 'n' violence rife in music & sexism towards woman in general, BOOM BOOM! The track itself is extremely moreish and this is one artist y'all want to be following and getting familiar with 'The Nuoli Movement' over on Tumblr.

This is Álauda whom I believe is French? To be honest I have been digging around without much luck on her background. It's that air of mystery that often works well for new musicians going on here. There is a trippy 40 second teaser visual via Youtube that I assume is part of her debut video - enough to be intrigued - and two absolutely stunning tracks on Soundcloud. Pulsating beats, a cacaphony of sounds weaved with a unique vocal style, go discover.

We brought Solomon Grey to your attention last year with their excellent "Freechild" video that starred Andre Royo (HBO's, The Wire.) And the London based duo were a Curator find recently too; have a read of the stellar write-up from our Erin Crider: "I would describe their music as TV on the Radio teaming up with Bloc Party to put together a dance party hosted by everyone’s favorite wonky-eye’d maestro, Thom Yorke," via the New Artists Finds section. This is their latest track just dropped that'll feature on Kitsune's forthcoming compilation (Feb. 24). It's a melodic journey with a solid arrangement & I reckon "Last Century Man" could be their breakthrough track.