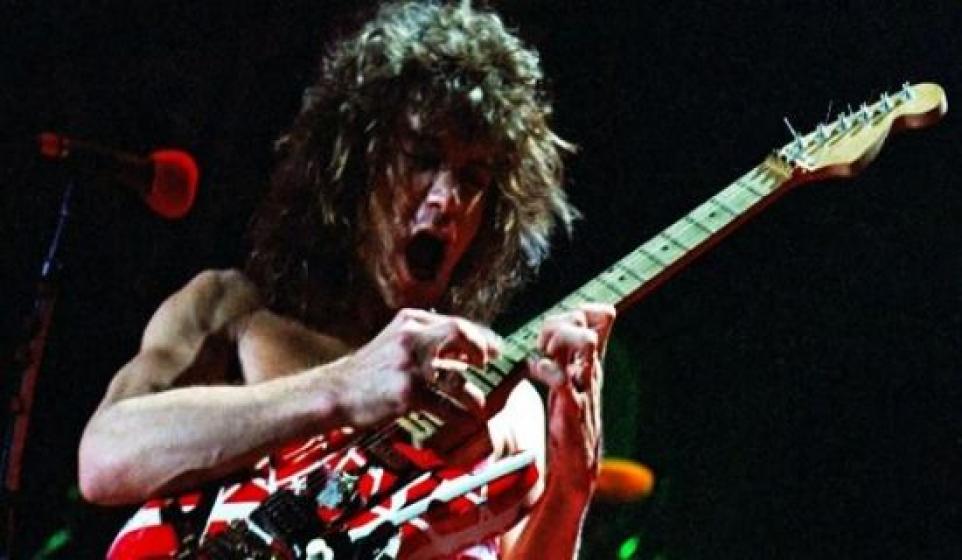 What Van Halen lack in fashion style (unless your favorite national color is red with spashes of white and black electronic tape), they make up for in face-melting skill. For all their live stage cheese (which we love), the Californian rock band rank among the most talented musicians of all time, namely the Dutch virtuoso, Eddie Van Halen, whose guitar solo, “Eruption,” set the bar for axe-wielders far and wide:

“Eruption” had formed part of Van Halen's live show since 1976. In 1978, the producer, Ted Templeman, overheard Eddie playing the solo in Sunset Sound Studio and immediately persuaded him to lay it down for Van Halen's debut album.

“Eruption” - which simultaneously references “Let Me Swim” by Cactus and "Etude No. 2" by Rodolphe Kreutzer - is marked for its innovative use of bends and artificial harmonics. The solo also popularized the two-handed tapping guitar technique, which is annihilated by YouTube users-turned-troglodytes to this day:

Check out Eddie Van Halen playing "Eruption" live, in all its gut busting glory, below. Our favorite YouTube comment?! "If he fingers a girl, herï»¿ pussy will start burning." Yup: