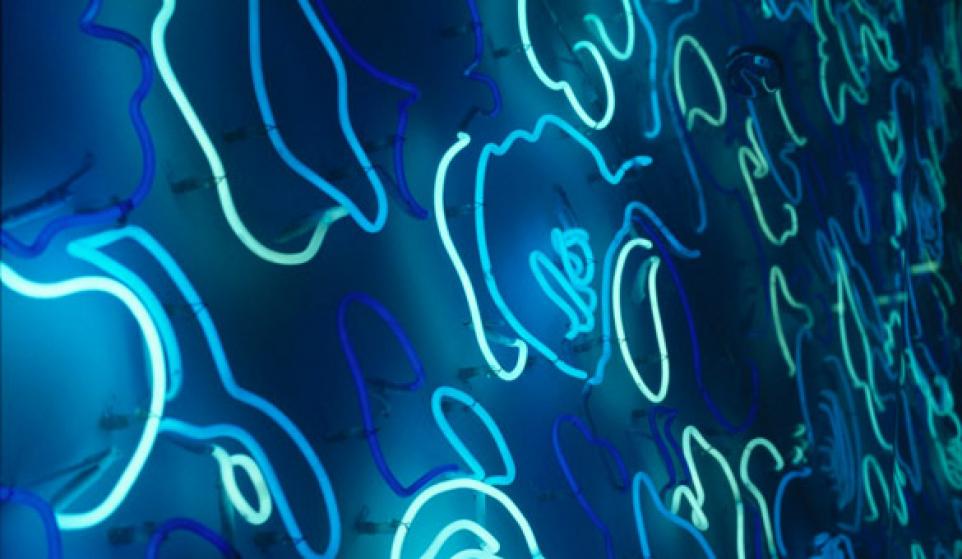 What’s up, Ravers and Ravettes? How are you doing this week? “SHUT THE FUCK UP AND GET TO THE MUSIC, KURT.” Woah, slow it. I’m getting there, I just wanna have a brief chat with you about the state of dance music. “WE COULD CARE LESS BRO, JUST GIVE ME THE TUNES.” What an attitude? Who raised you? “MY MOTHER, GOT A PROBLEM WITH THAT?” Nah. Fuck it, here’s the music. It’s good this week. “BETTER BE.”

New hotness from the masters of hotness, Tokimonsta X Gavin Turek, Soulwax, Jagwar Ma, Noisia, The Upbeats and Gesffelstein. Weird week for sure! Who cares!?

Two beautiful women making beautiful music. This isn’t a team up that we didn’t know we wanted, but now after two songs together I can’t imagine Tokimonsta and Gavin Turek making music without each other. Gavin’s gorgeous voice and Toki’s chill as fuck beats come together to knock this Brandy cover out of the ballpark and man, she’s never sounded better.

And the first sounds of Gesaffelstein’s first film score pop up on the official trailer for the super intense looking French thriller, Maryland. Looks like the dude knows when to hold 'em and when to fold 'em. This score is incredibly musical, while simultaneously deep-dark-haunting. Gessa LEAPS outside of the bounds of techno, clearly a genius at making every kind of music. Can’t wait to hear this whole thing and any and all future projects from one of the best artists working today. YEE!

This is one of the filthiest drum & bass songs I’ve heard in a while and part of my job for you guys is listening to exclusively filthy drum & bass. Noisier & The Upbeats team up here to make some high energy… upbeat if you will drum & bass that will get you out of your seat and won’t let you back down.

From the first synth hit, you know you’re into some funky disco from Purple Disco (duh) Machine. Normally Claptone tunes are a bit darker and more serious but Purple Disco Machine ain’t playing that game on this one. We’ll take your house and go wild with it, okay?

Wow wow wow. Wow. This my kinda shit. Indie Rock turned into psychedelic funky tech grooves that don’t give up. Jono Ma, the Producer of Jagwar Ma just turned this into my favorite Foals and Jagwar Ma track and I like BOTH of those acts. Keep it up Jono Ma, you’re on your way to becoming the next Erol Alkan, and if you only knew how much of a compliment that was coming from me.

While everyone is just coming back to life after Burning Man, here’s something to help bring them back to life. Pete Tong refers to Lee Burridge as a “stalwart” of the burn, and through his Essential Mix (that aired while he was at the Burn) Lee is trying to capture what it would be like to play a Sunrise there. Though I’m sure it can’t compare, it’s still awesome to hear.

It’s not every day that we get a freefrom jazz trumpet segment in the middle of a dance music tune. That, compounded with the old school “nothing more than feelings” sample make this garagey-housey heater a keeper.

What? I can’t post Macklemore tracks? You all seem to forget that Ryan Lewis is one of the best producers in the goddamn game. This throwback hip-hop beat is better than any trap song released in 2015.

There was an era where when Soulwax dropped a dance music remix of an indie rock tune the whole world payed attention. I didn’t see this track blogged or posted absolutely anywhere (except between me and the homies) so I’m here to break the world exclusive to you. If you like good music, get ready to have a new favorite tune. The Soulwax boys absolutely destroy the spacey original and turn it into a funkstarter.

Every tune released on Anabatic is like testing ground for the Dirtybirds. Booty-Shaking House and G-Tech and Future Garage, if you get a tune out on this one you’re destined for big things for sure. Kovaxx’s tune The Party is certainly a Party.

BRING IT BACK TO THE PARTY.

“Neon Urban Camoflauge" by Kevin Utting is licensed under CC BY 2.0.