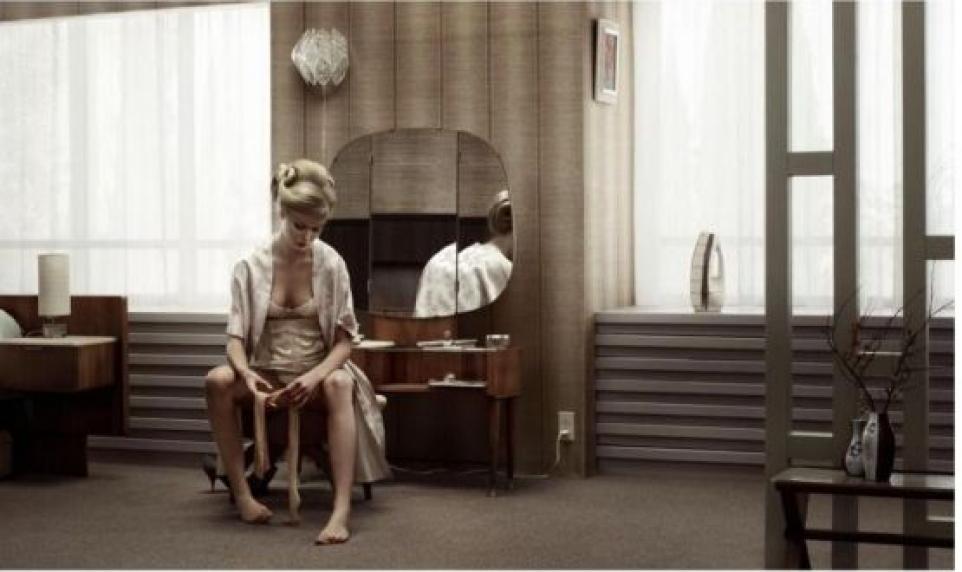 Erwin Olaf's personal and commercial photographic works never fail to charm, even knowing they are sometimes commissioned for advertising campaigns like Heineken, Microsoft, Diesel Denim and more.  But let’s get to Erwin’s art.  Which is amazing.

In the recent Los Angeles Contemporary Art Fair, this Dutch photographer has captured the subtlety in the series of his Grief portraits.  The sense of maturity combined with sensuality makes Erwin's works ever-so captivating.  It's as almost if you can truly feel the weight of the melancholy and depression in the room where Barbara sat.

If pictures can paint a thousand words, I guess, one can only guess whatever happened to make this lovely model look so dejected.  Did her guy leave her for someone else?  Or the death of a loved one?  Or the though of … ‘Here I am, 28 and a housewife, my life is over??’  Or maybe just that grief/depression, that for no reason other than chemical imbalance or life in general...is what we call being human.

We may never know the real reason, but Erwin absolutely captured that feeling of emptiness and that feeling of 'what will happen next?’  Erwin's modern photographs have perfectly captured those unwanted feelings that most of us don't want to be subjected or to remind of us of our own unhappiness.

Erwin's attention for details make this modern photograph an art of its own.  Just look at the model's pose, the somber color of the room.  This kind of attention to detail can only come from one of the great photographers of our era.  Amidst what seems to be a very clean and organized space comes the clutter that represents the chaos of raw human emotions – a perfect shot of that imperfect moment.