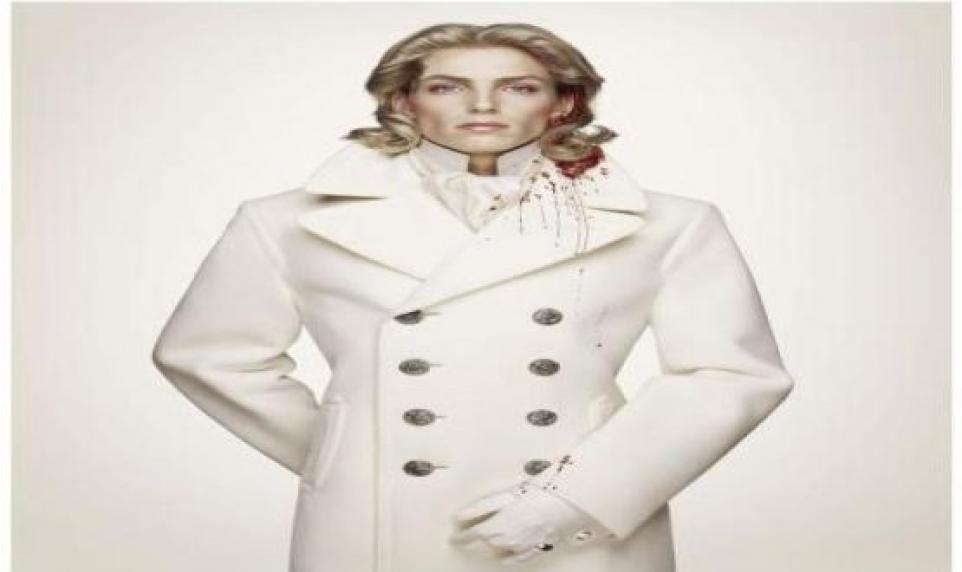 What's more tragic than being unjustly dead…perhaps murdered hundreds of years ago and not getting the true justice you deserve?  Erwin Olaf's Royal Blood series brilliantly and brutally showcases this specific choice of subject.  In this case, Bavaria's ‘Mad King' – or Ludwig II who died on the 13th of June 1886.  After more than a century, there has been new evidence that the king didn't drown at all, but was murdered.

In 'Royal Blood ( Series II, Ludwig ) is there contempt strewn on the model's face?  Or, is it the impatience to have the mystery of his death solved?  We can only guess.

Erwin's interpretation of the aristocracy has raised questions...even from mere passer-bys who are suddenly caught in the enigma of his works.  Olaf's careful technique of making the models in his Royal Blood series look majestic have made it possible for him to lessen the gore of these subjects' grisly death.  In a much simpler sense, Erwin tries to give us a subtle approach to controversial matters, like murder.  Infamous yet lovely to behold, you can't tear your eye off as blood seduces you in a hypnotic trance.  It's like his subjects are both dead and alive, mocking you in mute defiance.

Who is King Ludwig II?  A gay and eccentric king, he built 'fairytale castles' that inspired Disneyland's very own.  Most of his architectural achievements are now top tourist attractions in Germany.  He was believed to have gone insane and drowned in a river, though the mystery of his untimely death is still being contested as of today.