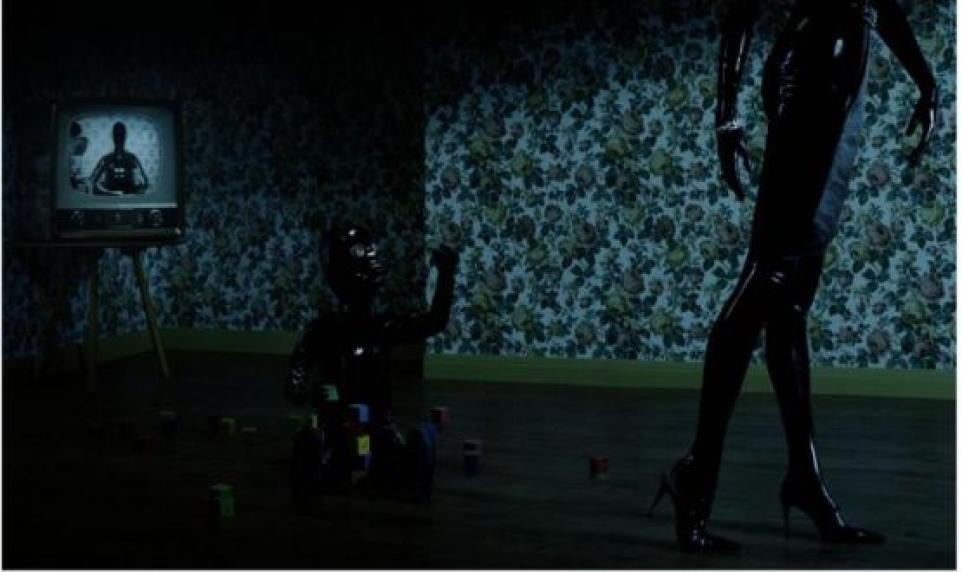 See no evil?  Perhaps, another one of Erwin's allegorical works where his creations are bold statements on real-life issues in our society today.  What's striking is that the mother and child seem to live their normal day-to-day lives... in an abnormal way.  Dressed in black latex from head to toe, these suits are more like a mirror of the emotional prison the characters are both suffering  in.

I guess, the floral wallpapers just made the subject a bit subtle than it really is.  On the other hand, notice how these photographs are so extremely dark.  I almost want to turn a light on to see these more clearly.  But that’s won’t help.  It’s as if there are no windows or sunshine or a single ray of light anywhere to be found figuratively and literally.  Not just in the overall context but also looking at the news announcer depicted on TV, also in latex, maybe there is a hidden meaning about society and that everyone has, or eventually has a dark secret.