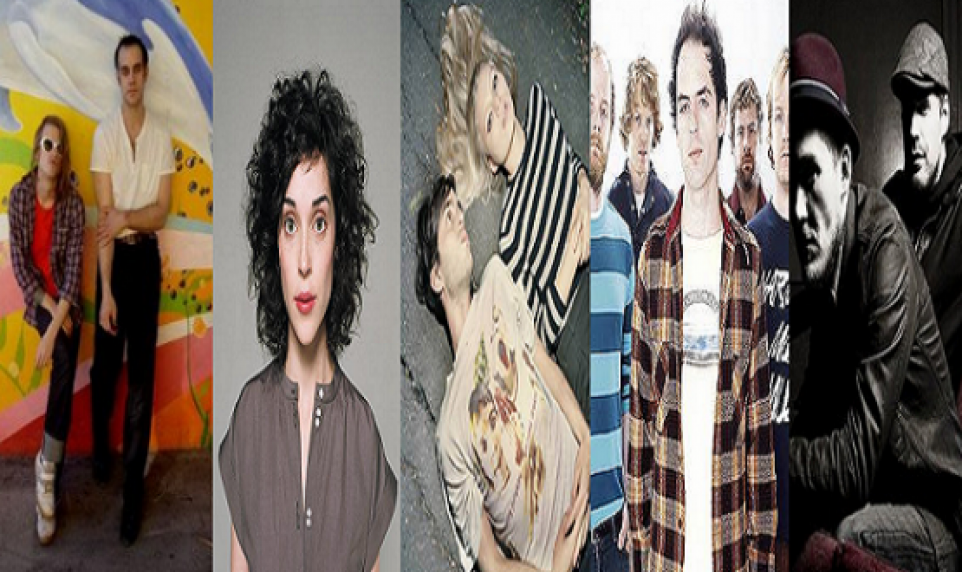 Only yesterday did BitCandy hook you up with two rad new album streams : Neon Indian's "Era Extrana" and Laura Marling's "A Creature I Don't Know." Today, we have another tasty selection of LPs for you to preview (including the biggie, Girls' new'un). Check them out below.

The blogosphere is going crazy in anticipation for Girls' new LP, "Father, Son, Holy Ghost" (which BitCandy recently gave an impressive 8.2). The record marks the follow up to the Cali duo's ethereal sun-pop debut, "Album," and their most recent EP, the intricate and compassionate "Broken Dreams Club." Today, The Hype Machine have finally put us all out of our misery and released a stream of "Father, Son, Holy Ghost," which you can check out here.

Monday brought about the release of whimsical British duo, Big Deal's debut, "Lights Out." If you favour minimalist, girl-boy, acoustic-come-electric ditties with a brooding underbelly, check out the LP, which is currently streaming in full over at NME.

Brooklyn indie band, Clap Your Hands Say Yeah, return this September with their third LP, "Hysterical." The album plunges the quintet deep into their song-writing craft, resulting in an impressive record which pumps out mammoth alt-pop tunes from start to finish. Stream over at 3VOOR12 now.

Brian Fallon of The Gaslight Anthem recently teamed up with guitar tech and friend, Ian Perkins, to form new side-project, The Horrible Crowes -- who release their debut album, "Elsie," today. Described by Fallon as his chance to live out his "fantasy of being Tom Waits or Greg Dulli," this intriguingly dark LP is currently streaming in full over at Rolling Stone.