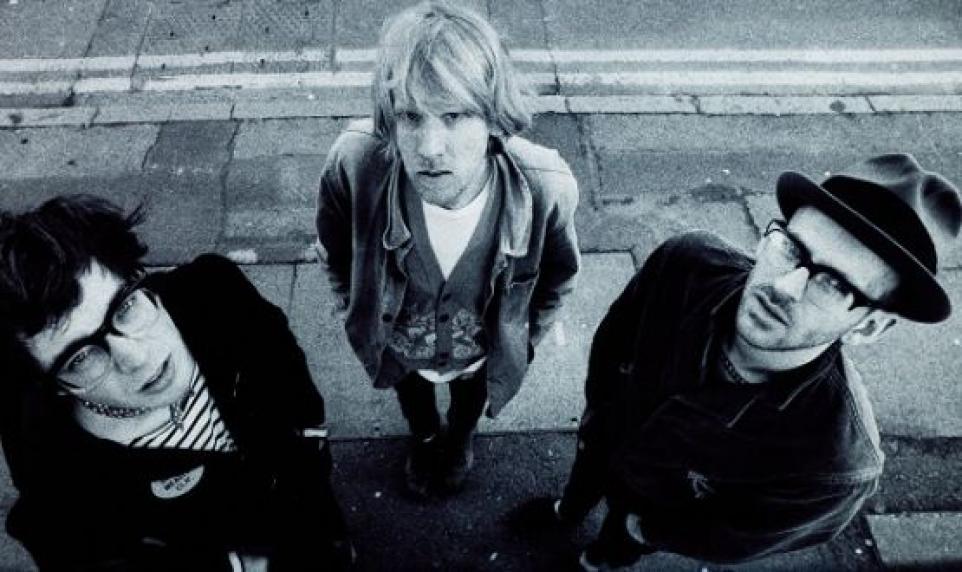 Getting to Know: Male Bonding

Last year, Male Bonding hit the music scene with their high-speed shots of scuzz, buried beneath which laid a mass of muddled yet incredibly melodic hooks. Despite hailing from London, Male Bonding exuded the American 90s fuzz of Dinosaur Jr and Nirvana, all the while nodding to the modern day reckless lo-fi punk of No Age and Wavves.

This is not to say Male Bonding's motherland did not influence them, too. The United Kingdom-rooted genre that is shoegaze is imprinted all over the band, with their detached vocals blissfully hidden beneath a drone of Fender waves.

Still, we all know 90s revivalism was nothing new last year, but Male Bonding did it so tight, so energetically, so damn lovingly, that their debut LP "Nothing Hurts" proved to be one of Britain's best outputs of 2010.

2011 already marks the return of these snotty guitar kids. Male Bonding have just unveiled two new tracks from their upcoming sophomore LP, "Endless Now," to be released on (you guessed it) Sub Pop Records on August 30th.

"Bones" is characteristically vivacious. Power chords ram up and down the fret board, tom drums pound while dreamy vocals awash over the wall of noise like a water to flame. "Tame the Sun," meanwhile, continues forth the 90s-lovin, as a bunch of clamour wraps around a retro Weezer-esque pop line. Check out both tracks below.