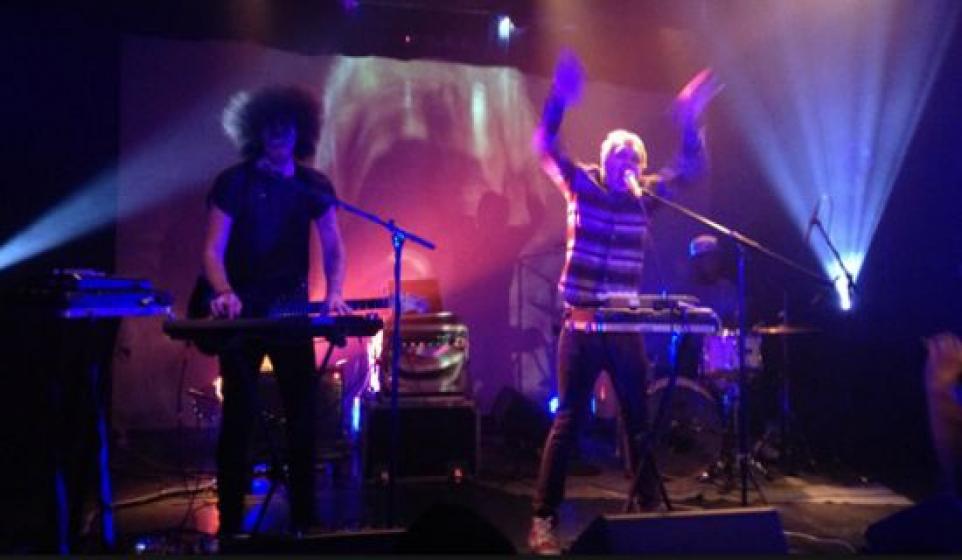 To differentiate themselves from the hoards of other bands doing the whole 80’s synth pop thing, Ghost Beach refers to their music as ‘tropical grit pop.’ That’s a pretty great line, but this is still retro synth pop no matter how you slice it. Similarly, Ghost Beach’s new single, “Miracle,” is a best new track regardless of whatever else you’d call it.

Ghost Beach has been slowly building towards what seems like a major breakthrough, and “Miracle” just may be the type of cut that propels them to stardom. Thus far it appears these guys have the chops for it. The band made waves at SXSW and is about to start touring with RAC. To add further fuel to the fire, the band released a video for “Miracle” last week. The visuals seem to be the combination of a kaleidoscope, lava lamp, and acid trip.

Or perhaps it’s just meant to be a shout out to the old-school music videos that influenced their sound. Find out for yourself below.

“Miracle” is off Ghost Beach’s debut record, Blonde. Pick it up now over on iTunes.

Thanks for stopping by Bitcandy, where our hearts are perpetually in the basement.