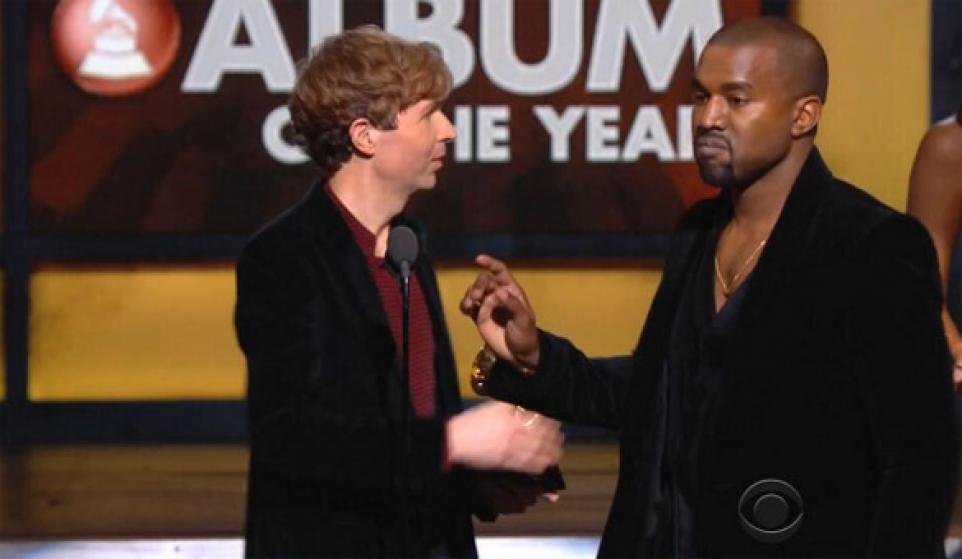 It’s not every day that Kanye makes an ass of himself in public.

It’s every other day.

In his epic quest to obtain the ultimate respect for creativity and artistry, Kanye West felt possessed to come on stage during Beck’s album of the year win at the Grammys. Kanye showed some restraint by not grabbing the mic, mocking himself instead and turning it into a joke about his 2009 Taylor Swift debacle. But that didn’t stop the attendees of the Grammys from losing their collective shit. Per usual, Kanye was the most talked about thing of the awards show.

Check out this Beck/Kanye mashup Remix from YouTube Sensation DJ Steve Porter that pretty much says it all... well sorta.

And then of course there's this new tasty mashup Beyonce HERSELF just put out...c'mon Bee Hive let's get behind this one!  Roc Nation 4 Ever!

BECKYONCE - SINGLE LOSER (PUT A BECK ON IT)

At least Beck was a gentleman about it all.