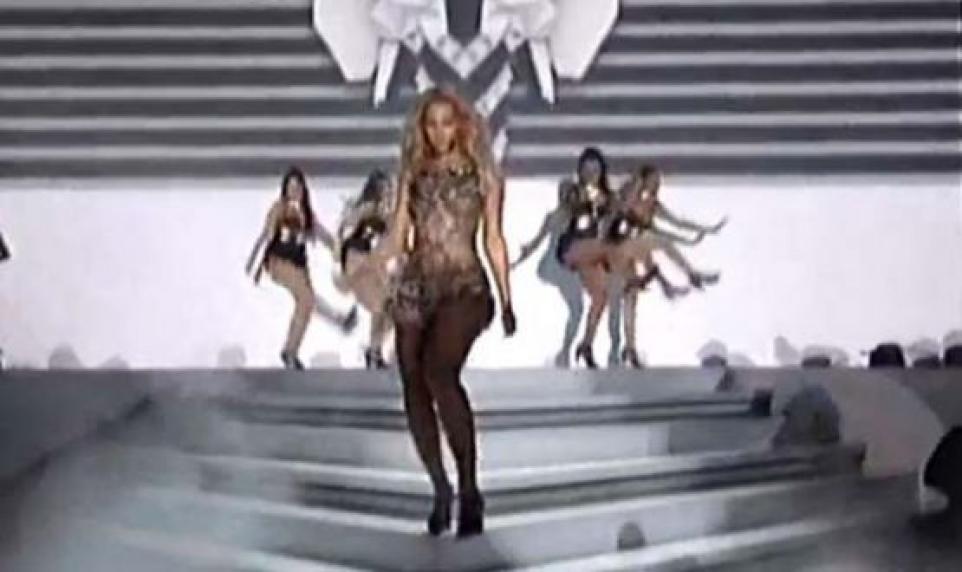 While you were at the roulette table betting on 19 'red,' The 2011 Billboard Awards were meanwhile taking place just yesterday May 22nd, 2011 at the MGM Grand in Las Vegas.

The announced winners may or may not have been a surprise.  Among the winners... Top Artist: Eminem; Top New Artist: Justin Beiber; Top Hot 100 Song: "Dynamite" by Taio Cruz; Top Hot 100 Artist: Katy Perry; and more.

Here are just some of the highlights.

2011 Music Awards Artist of the Millennium Awardee, Beyonce again sets the stage on fire with her flawless performance of her latest single entitled "Run the World(Girls)," accompanied by a sea of dancers, right after being congratulated by famous celebs like Lady Gaga and first lady Michelle Obama.

Catch more of their performance:

Looking like bad chicks gone wild! Bad girl Rihanna took her performance to new heights. Wickedly she performed with her body on chains and stripper pole. The night couldn't get any hotter when Britney Spears surprisingly joined Rihanna on stage. There's no way things could get hotter than this:

The Powerhouse Black Eyed Peas teamed up with Lady Antebellum as they gave their best ever performance at the Billboard Music Awards, performing an awesome medley of their hit songs. Just can't get enough.

Mary J resurrected a good nineties feel during the 2011 Music Awards with her performance of "Someone to Love." Everybody seems to be enjoying the groove as Lil Wayne blends in the second half of the performance: