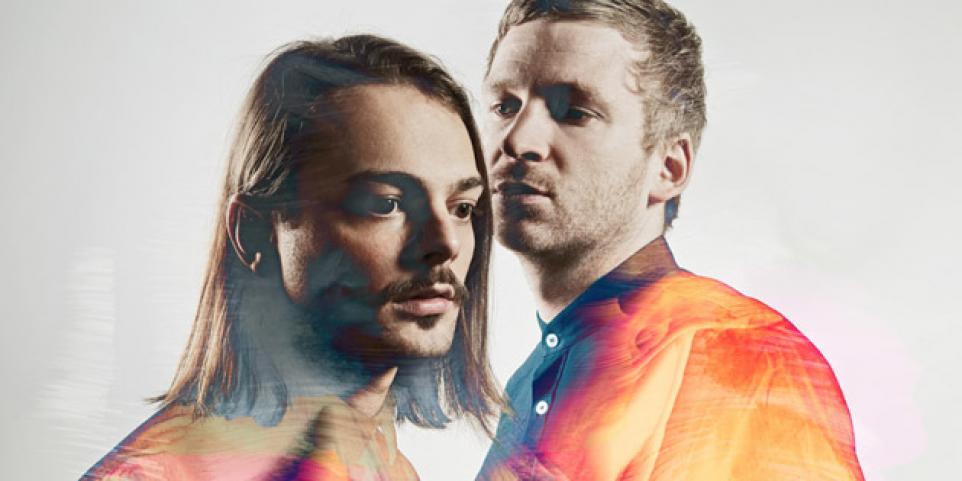 Kiasmos sounds like the Spanish collective verb plural for the official car of the NBA, but that is not actually what the band’s name means. Instead, it’s a purposeful misspelling of chiasmus, a term of Latin and Greek origins that means crossing.

It’s a very appropriate name for the music created by Ólafur Arnalds and Janus Rasmussen. Hailing respectively from Iceland and the Faroe Islands, the pair bonded over a love for minimal, experimental music. With Kiasmos they build on that love while adding elements of Rasmussen electro-pop background to go along with Arnalds’ BAFTA-winning composition skills.
(Note: BAFTA is like the British version of the Oscars.)

“Blurred” is the perfect synthesis for this crossing (ugh) of musical styles. Seamlessly weaving together bits of techno, orchestral strings, chillwave, and house music form a flawless combination of acoustic and programmed elements. It’s like someone threw Jonsi and Jamie xx in a blender. Minimalistic, but never dole. Ambient, but never flat.

“Blurred” is a calm, cool body of water asking you to float in it for all eternity.

Kiasmos has a smattering of festival dates in Belgium and Germany this fall. If you like “Blurred” the rest of their catalog is well worth your time.

Also, these guys seem due for a new record. So hopefully they’ve got some more blissful gems on the way.

'Cause we need them now more than ever.