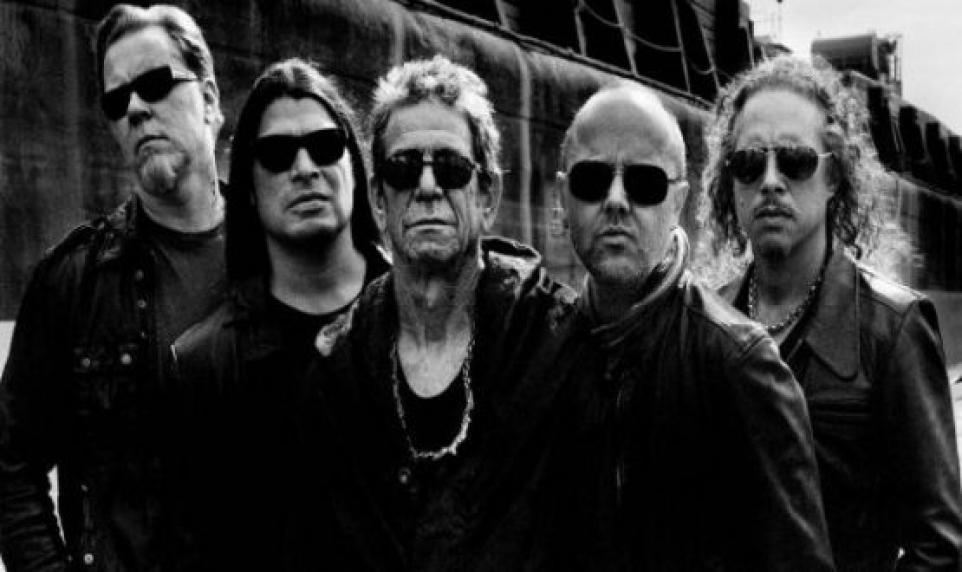 In the first video, "I am the table" magnum opus 'The View' plays while a collection of suitably sensationalist phrases appear across the screen, including EPIC!, SEX!, VIOLENCE!, LUST!, SUICIDE! (you get the idea...).

In the second, Lou Reed, Metallica frontman James Hetfield and drummer Lars Ulrich discuss "LuLu", with Hetfield announcing they have "stamped 'tallica" across the forthcoming record. Meanwhile, Reed says the new album has "pushed him to the best he has ever been," to which Hetfield and Ulrich respond with some enthusiastic head nodding.

As of today you can also head to the project's official website to read some taster lyrics taken from the forthcoming LP, including enlightening vignettes such as: "You're feeling less whore but you stimulate/The hatred smolders in your eyes/I'd drop to my knees in a second /To salivate in your thighs."

I pray these guys aren't so convinced of their importance that they don't see the humour in all of this...