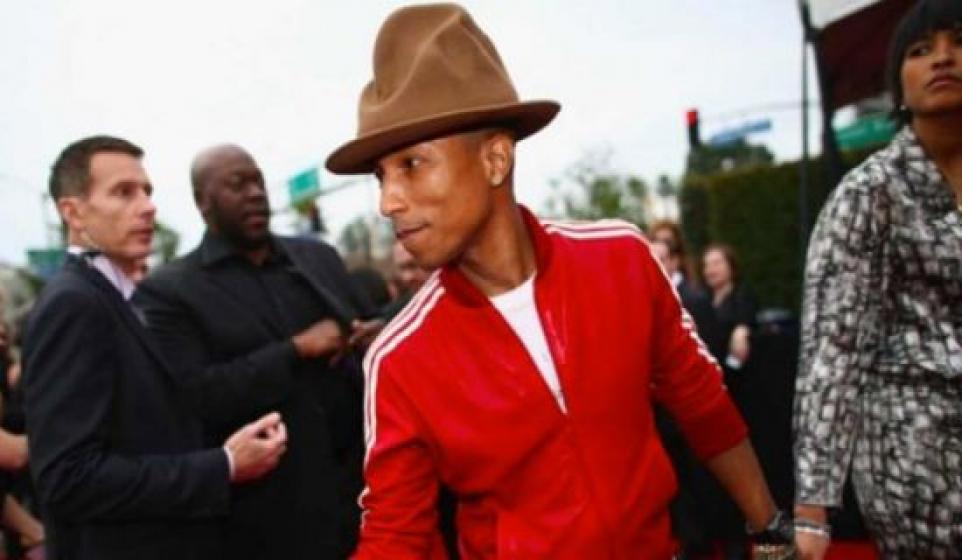 Anytime Diplo and Switch get together as Major Lazer, a best new track is usually the result, as is the case with their new cut, "Aerosol Can (Feat. Pharrell Williams)."

"Aerosol Can" is the lead single off the power couple's forthcoming Apocalypse Soon EP, and it finds all three men involved at the top of their game. We already know Pharrell Williams doesn't age, but some of our readers may be too young to know that he doesn't make bad music either. This feels like the first time I've heard Pharrell rap in ages, although there are no signs of rust. He flows as smoothly as ever over the African drums that make up the beat. This track is sensational and has me ready to fuck some shit up, but in a orderly, professional manner.

This song is also notable because it features a shout out to my hometown of Tucson, AZ. As far I know this is only the second time in hip hop history this has happened, so big ups to Pharrell and De La Soul/Flavor Flav.

Apocalypse Soon is out February 25th via Secretly Canadian. Pre-order it over on iTunes.

Thanks for stopping by Bitcandy, where we were born to the mom to the clang clang clang.

p.s. Let's be real, Pharrell totally pulled that hat off.