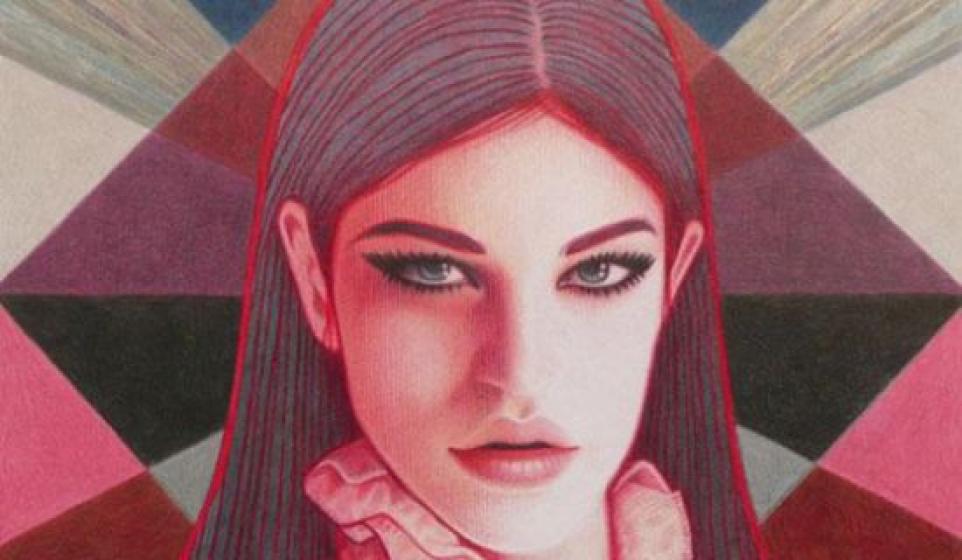 Are you struggling to get that rid of that disturbing image of Hannah Montana bollock swinging? Yeah, on a positive note Career Advisers reported a 10% increase in bulldozers. Fear not, I've got some fresh music to help erase that nonsense, including MAGIC MAN, XOV, LINUS YOUNG and genre bending goodness from THE ACID.

A visual treat here from Parisian nut Pablo Padovani's (Melody's Echo Chamber) band MOODOÏD who just released their psychedelic-pop EP this week with the help of Tame Impala's Kevin Parker. What the fox?

WOAH! let's continue the mind fucking - The Acid EP is pretty unique on the ear, pulling from one genre to another, drop whatever you're doing and get streaming. If it's true that RY-X (featured here last week) is behind this project wrapped in mystery? He may well be my new man crush.

I've been kickin it with Lucifer this week, XOV has skillz! This Swedish songwriter & producer is flirting between Stockholm and L.A has a good message in his Clowns EP. Check out his new lyric vid to 'Lucifer' if digging KKK.

55 Soundcloud followers, are you shitting me? Beard/Girl duo LY are produced by Malay + mixed by Marroquin (Lana Del Rey, Kanye West, The Weeknd) and this video is a must watch. Get in first before the lemmings follow.

I had to have another look just to be sure GC is a Geordie, It's the kind of track I'd expect to hear on Cave Rave or from some tropical band, but this lifts the fog from the tyne in Newcastle (UK) & inserts sunshine.

FUCK YEAH! High Highs I love you more now after dropping the cover to a favorite film/track of mine. They've given College's 'A Real Hero' from the epic Drive movie a face lift, just gold!

Australia's MT WARNING is getting some more love here for their new video which aims to show how frontman Mickey Bee recorded 'Youth Bird' all in one night, playing all instruments, the man.

Norway have a hidden gem in SEA CHANGE, kudos to you if you already know of her, not many do. Remember Bitcandy turned your head to this Electronic-pop beauty when she gets the predicted hype. 'Bursting' is the first single.

Fresh track from Magic Man, these guys don't have a bad song! "Paris" is a must see video that we featured earlier in the summer & now "Waves" from the fantastic You Are Here EP is on loop.

Any of the tracks have you pumping the foam finger? Let us know below.
Thx for stopping by, see ya next week.