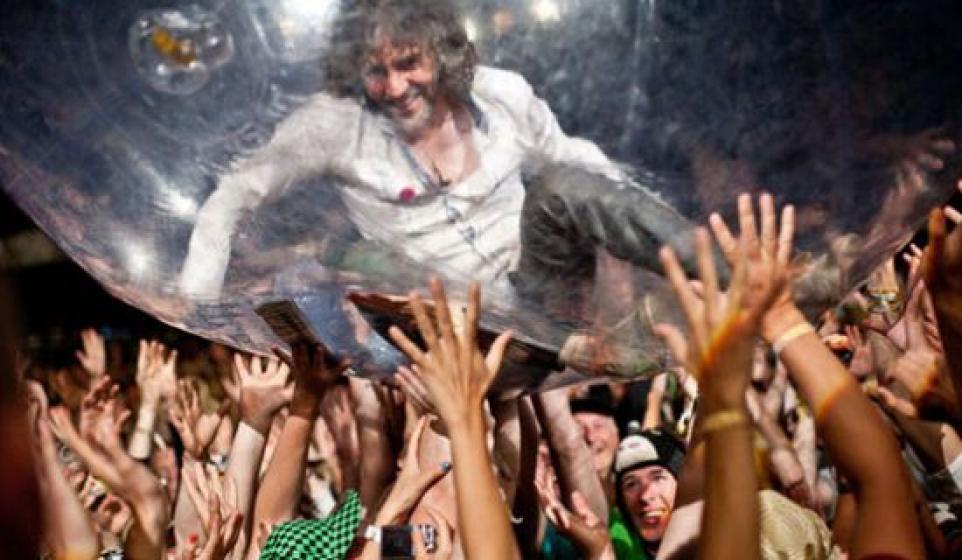 The Flaming Lips are one of those bands basically invented for Halloween - what with their gummy vaginas, blood vinyls and all.... So it was only appropriate that this year – being the final year ever, if those goddamn Mayans are to be believed – the Oklahoma madhatters treated the Midwest to the biggest Halloween party-concert-whatever, like, period...

Filmed at the Oklahoma City Zoo Amphitheatre on October 26, Freak Night – which BitCandy officially deem off the scale of rad -  will be available to purchase on The Flaming Lips' webstore next week, alongside other perfect gifts for Grandma like the fetching “Rocked My Ass Off T-Shirt” or the charming “Silver Trembling Fetus Ornament.”

But until glorious then, we have been treated to a five minute preview of the concert and yes ladies and more importantly gentleman - there are boobs. Watch as Steven! Kliph! Derek! Michael! And the human hamster ball enclosed Wayne! Walk...or, uh, roll...out to greet their audience, below: