Post Malone Is Really Into Ghost Hunting. What the Hell Do You Love?

Okay so picture this for a second: you’re Post Malone.

Yes, THE Post Malone, the wildly successful grunge/hip-hop star that has reached every possible benchmark of success and straight-up conquered the music industry by the age of 22.

Number one single on the US Billboard Hot 100 for eight weeks straight? ✓

Rolling Stone calling you “one of the most popular musicians in the country?” ✓

What’s left? Second line billing on the Coachella lineup? Damn, did that too? ✓

WHAT THE HELL ELSE IS THERE FOR YOU TO DO?

I guess all that’s left is to give in to your paranormal desires and head out with the cast and crew of the the Travel Channel’s Ghost Adventures to bust some ghosts. 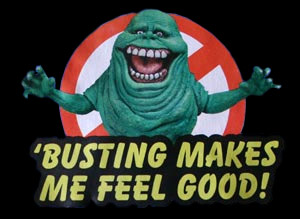 Come on, don’t judge. You’re supposed to be Post Malone in this example. Just embrace it.

I think this is cool as hell. To be as into ghosts as Post Malone clearly is (I mean WATCH that shit), and get the opportunity to do some ghost hunting in a controlled environment with paid professionals has got to be one of the coolest things in the whole world. WHO THE HELL ELSE JUST GETS TO CASUALLY SHOW UP ON A GHOST HUNTING EXPEDITION? It’s not like they’re not putting up CraigsList posts for Regular Dudes to watch while ghost shows are filmed. Celebrity man, gets you the things that you didn’t even know you wanted. Post Malone, known ghost enthusiast, I hope you loved every second of this cause I’m jealous as hell. Guess I gotta get my own swangin’ career off the ground.

If you don’t think is cool than maybe you need to check yourself. Look inward and think about all the dumb shit that you’d do if you had Post Malone’s massive levels of success. What the hell do you love that’s so much cooler that ghosts? Fashion? Throwing out the First Pitch at a Baseball Game? Get your own Vice Show where you get stoned and Watch Ancient Aliens? Okay, that one’s cool too. Props to Action Bronson.

Up until this episode, Tucson’s Slaughterhouse turned Haunted House was best represented in the music industry for hosting the Gem & Jam Music Festival (Upcoming January 25th - 28th). Sorry Gem & Jam, you’ve just been dropped to #2 cause Post Malone and Ghost Adventures have come to town.

Post Malone, more like “Ghost Malone.” (This is their joke, not mine but it’s too good to be left unsaid.) 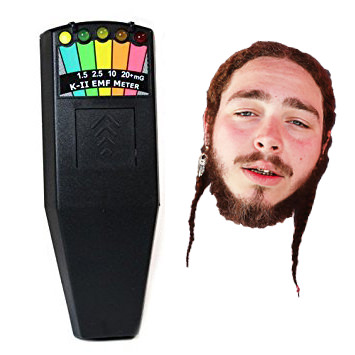