PREMIERE: SKYLAR STECKER’S ACOUSTIC COVER OF “IN DA CLUB” PROVES YOU CAN STILL CLUB IN TIME OF CORONA

Are you ready? I repeat, are you ready? The day we have been waiting for is here...the day where we can safely go clubbing. Get ready to move your body like it’s 2003 (except it’s 2020) with “In Da Club” by rising artist Skylar Stecker. P.S. no club attire needed, heck you don’t even have to leave your house.

A bit of a background to what was happening in 2003 for all you Gen Z’s and younger. Breakthrough artist of that time, 50 Cent, was dominating everything. His single “In Da Club” was played on every radio station 24/7 and had flocks of people clubbing on the weekend grinding to "I'm into having sex / I ain't into making love / So come give me a hug". It wasn’t strange to have dads, moms, and children have the same ringtone on their cell phones and this was because it was a party everytime that jam came on. And come on...who here doesn’t appreciate a good party?

At the age of 17 all I wanted to do was to sneak into a club and have an epic night shaking my hips to “In da Club.” Luckily for us though at the age of 17, Skylar Stecker was busy working on the production of her rendition of 50 Cent’s banger. And again, luckily for us, her version completely transforms the party rap song into a sweet lullaby.

Stecker has managed to smooth out the rough edges of the original track by showcasing her powerhouse vocals. Her sound found in the self produced cover is key to getting to know the artist as she forms part of the new wave in pop music where the sound is uninhibited and the only expectation to meet is the one you set for yourself. And of course this expectation is one she’s been working hard on since before she was out of middle school. 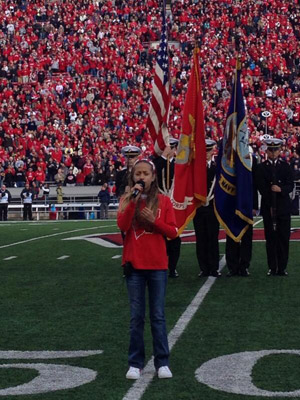 At just 11 years old Stecker was performing the National Anthem in front of millions of people. From Nascar openings to Football games, the girl was busy working her vocals off and training to be the next Beyonce. With being recognized as the youngest artist to ever top the Billboard Dance Charts with three #1 singles you never know she could very well be. 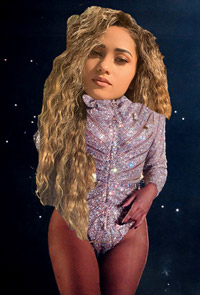 Just like 50 Cent set out to prove himself with his desire to make the world a bit more cheerful with the bluntly honest cheeky lyrics, Skylar Stecker sets out to move you or make you want to move. So get up and get down to clubbing at home with “In Da Club.”

For more on Skylar Stecker listen to her latest album Redemption available now.