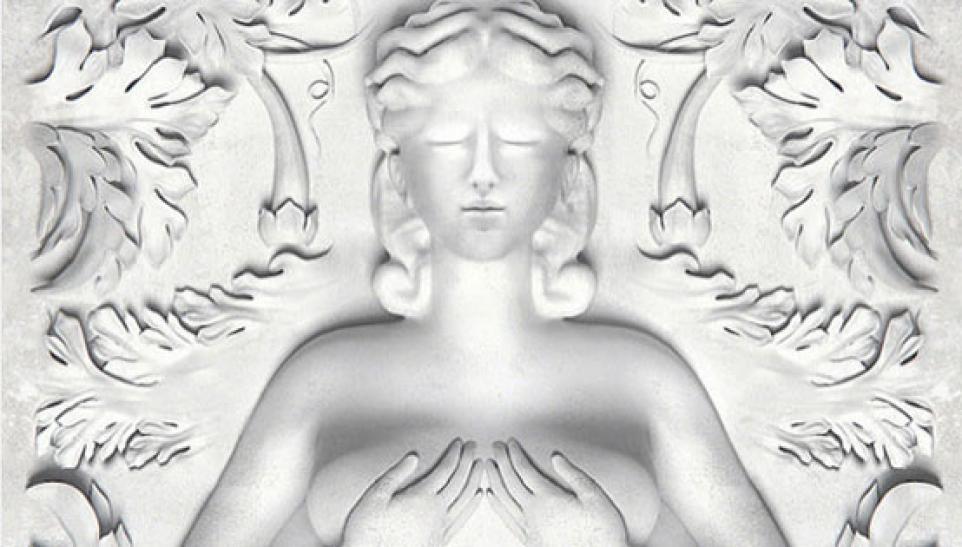 Kanye West would be the worst Secret Santa ever. He'd come up to you moments after picking your name out of the hat and be all like "Hey yo, I'm your secret santa."
The man is incapable of keeping anything to himself. Hence why he recently leaked the "Cruel Summer" mixtape from his G.O.O.D. Music imprint. This tape features a slew of guest stars, including R. Kelly, Kid Cudi, Common, Pusha T, Big Sean, Chief Keef, and 2 Chainz.
Kelly starts things off by crooning "Let me see you put your middle fingers up to the world." And really that's what Kanye and his clique are doing throughout this mixtape, flipping the competition the bird and loudly proclaiming how much better they are than everyone else.
Listen to what Yeezy calls "a ghetto opera" below:
Some highlight tracks are "Creepers", a song which Kid Cudi completely owns. “I Don’t Like” is a tremendous number that seems to sum up the current mood in the Windy City.
My personal favorite moment on the tape though is when Kanye raps "I'm just trying to protect my stacks. Mitt Romney don't pay no tax" on the opener "To the World", either completely oblivious to the fact that he is in the same tax bracket as the Republican Presidential nominee, or smart enough to realize that the bulk of his listeners won't connect the dots.
And that is the essence of Kanye. He's either a genius or an ignorant dipshit.
Possibly both.  Like us at BitCandy.
And his talent is undeniable.
Like, Follow or Talk Shit About us here:
<p><a href="www.Facebook.com/bitcandy">www.Facebook.com/BitCandy</a></p>
<p><a href="www.Twitter.com/bitcandy">www.Twitter.com/BitCandy</a></p>
<p><a href="www.SoundCloud.com/bitcandy">www.SoundCloud.com/BitCandy</a></p>