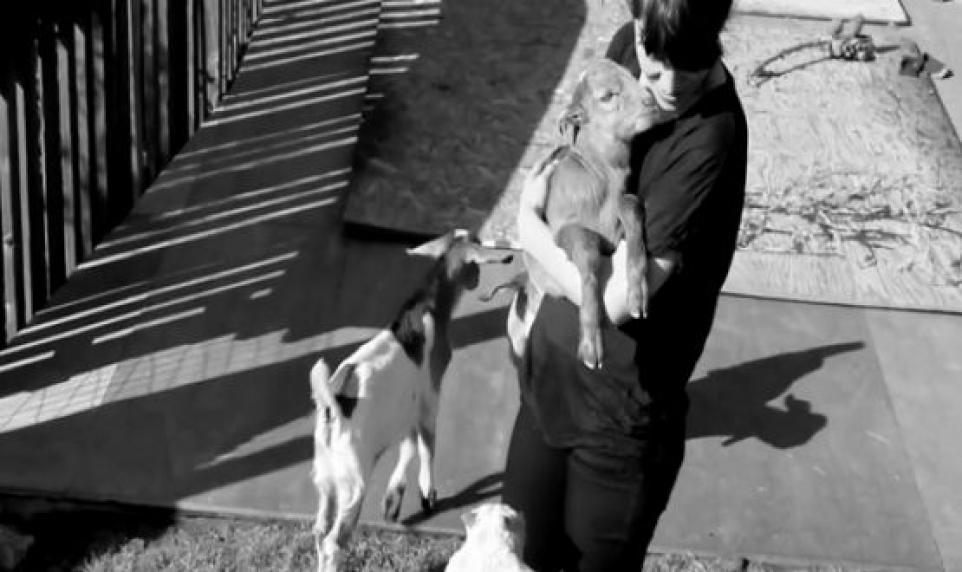 See that puddle over there? Oh, that's just BitCandy PEEING themselves in excitement for Feist's forthcoming album. You see, on October 4th, the Canadian songstress will return with "Metals," her fourth LP and follow up the 2007's "1, 2, 3, 4"-ing breakthrough, "The Reminder," and to be frank, our bladders just can't quite take the anticipation.

We've already had an appetizer in the form of sultry lead single, "How Come You Never Go There?" (below), and now brassy-voiced Feist continues to drip-feed previously unheard sonics to us fans via a charming new website which features a selection of 12 whimsical vignettes, each corresponding to a track on the new album.

Hear such glorious musical teasers soundtrack the likes of in-studio footage and clips of Feist frolicking with farm animals, here.

How Come You Never Go There by Feist