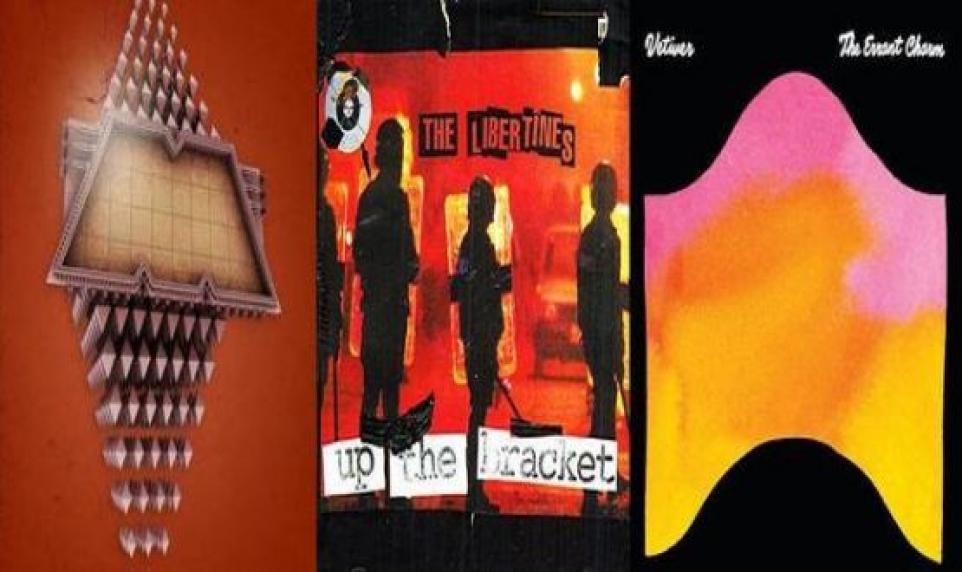 It is Monday, the weekend is over, and once again begins the daily grind that is the working week. However, turn that frown upside down, champs, as today also marks the launch of an exciting new BitCandy feature -- 'Reviews Roundup!' Yikes, we can feel your excitement all the way from here! Compiling all the reviews written by BitCandy over the previous 7 days into a neat little blog post, 'Reviews Roundup' will offer to you a weekly buffet of music critique to pick and choose at. This week we check out budding electronica artist, Metropolis (whose album, 'Metropolis Gives You The Keys to The Industrial Electronic City,' we label the best electro LP of 2011!), the disposable folk of Vetiver (a welcomed new member of the BitCandy's Posers club), and we also take a trip down memory lane to meet the indie masterpiece that is 'Up The Bracket' by The Libertines.

Metropolis - Metropolis Gives You The Keys to The Industrial Electronic City - Score: 10

At BitCandy, we're giving this album a 10.  Simply because there will not be a better electronic album released in 2011 (in our opinion!). Every song and track here is a winner... there's no fat and yes, I really mean real SONGS! (read more...)

It's not even that "The Errant Charm" is a bad album. It's just not very exceptional or memorable; the songs aren't screaming to be heard. In fact, I'm guessing Vetiver songwriter Andy Cabic could care less whether you listen to this thing or not. (read more...)

The Libertines' debut album, "Up The Bracket" is one of the great underrated albums of the 2000s. Songs like "Vertigo," "Death On The Stairs," "Horrorshow" and "Boys In The Band" are quintessential Libertines, in that they're the sound of getting fucked up before you even leave the house, stumbling down the street shouting, and generally making a ruckus because you're young and don't give a shit. (read more...)

Ahhhh, and the world seems a better place already, doesn't it? Thought so. Well don't forget to check back to BitCandy every Monday henceforth for your handy helping of musical musings, and exceptionally good use of alliteration, too.