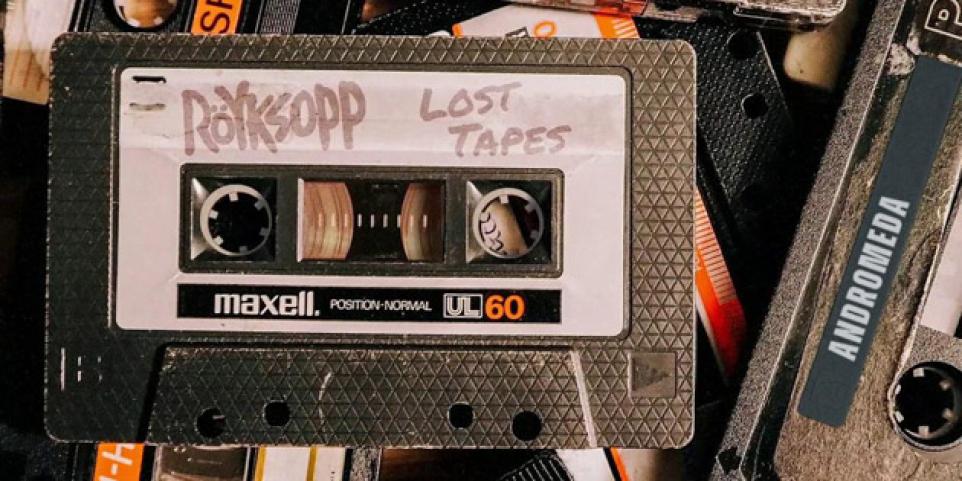 Royksopp continue to unearth buried treasure in their Lost Tapes series with "Andromeda."

7 years is an eternity in Pop Culture, where it seems impossible to keep track of what happened 7 days ago, in a rapidly accelerating culture. This frenetic pace doesn't lend itself well to introspection - there's no time for gazing in the rearview mirror when you're constantly moving at full tilt, merely trying to avoid the latest barrels and turtle shells thrown in your direction. Pop music is intimately tied to its moment, giving voice to the minds and hearts of the Present and eyes firmly planted on the horizon. Yes, there can be nostalgic periods of Pop Culture. They're becoming less and less common since the 2010s, however. The past doesn't offer us much guidance on navigating this complicated, confusing world we're living in.

Electronic music is particularly interested in the future. Its genetic makeup of synths, drum machines, and sculpted samples are all entirely brand new, created out of the ether of electricity and imagination in the early 20th Century.  There's no precedent, no classical tradition to contend with. Electronic producers are making it up as they go, developing a new musical vocabulary out of raw sine waves and endless machine rhythms.

This forward momentum is part of what makes Royksopp's Lost Tapes series so exciting, and so necessary. It's a rare moment of introspection and retrospection, taking the foot of the gas for a moment and taking stock of where we are and how far we've come.

"Andromeda" was originally released in 2013, created for a series of live performances, setting the mood with its trancey choral synths; raw analog synths and basslines; and a steady, slow-rolling beat. It's a slow-burner, building and building over a slow, sparse beat before finally climaxing into simple-but-deadly-effective 4/4 house/techno beat. It's a thrilling ride, perfect for closing your eyes and letting the machine riddims take you away, nearly romantic in its laidback pulse. It's music for loving, and forgetting. And, most importantly of all, for dancing.

We Are: The Guard wonder if people knew how special "Andromeda" was when it was first released. The return of hardware-driven electronica was still getting going in those early days of the second decade of the new millennium. Listening back with the fresh ears of perspectives, we can hear how sublime Royksopp's gear sounds - fat and full and thick as an electric anaconda, glowing and growling like a neon bear. It's thrilling stuff, allowing us to appreciate Royksopp's musical instincts, as well. They really know the mechanics of the dancefloor, how to take their time, build the intensity and, finally, how to let the tension break like a summer thunderstorm.

It's the perfect opportunity to appreciate the history of electronic music, and its innovators. Royksopp remain one of the best, with several decades of experience and wisdom. It's thrilling to be reminded of that, listening back to The Lost Tapes.