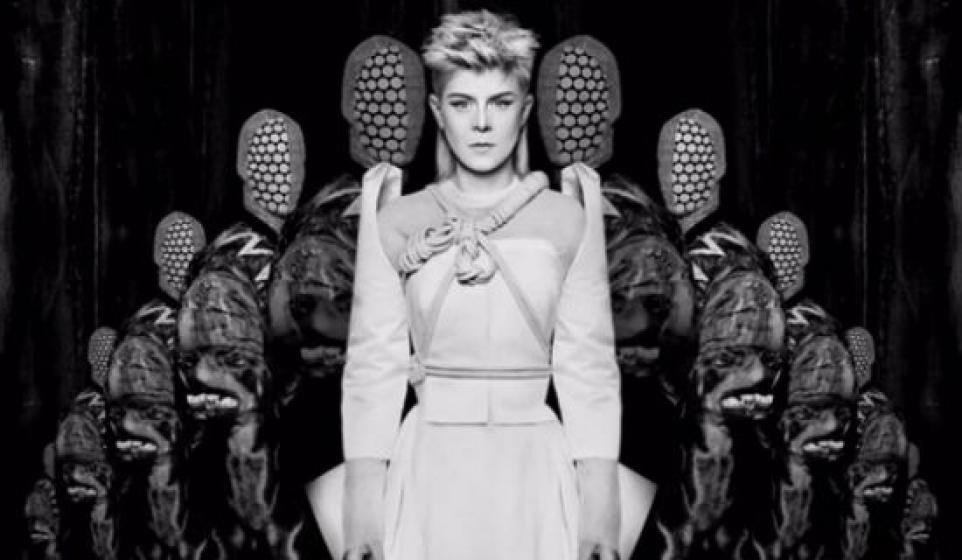 Scandinavian power couple Royksopp and Robyn got together again this year and made the terrific Do It Again EP. Los Angeles Producer/DJ David Audé remixed the title track and the result, Royksopp & Robyn "Do It Again (Dave Aude Club Remix)", is a best new track.

Music fans the world 'round have been waiting for further collaborations from these two giants since 2009's "The Girl and the Robot," and the Do It Again EP plays to similar vibes. On his remix of "Do It Again," Audé takes the song's flirtation with EDM and House and makes it a full-fledged affair. Things get #turnntup from the get go, as the smooth synths from the original give way to throbbing percussions and a some pounding electro-bass. Robyn's trademark vocals don't come in till nearly a minute into the song and they remain in the background throughout the song, like a siren's call urging the listener to keep to dancing. Although with new "oomph" featured in  "Do It Again (Dave Aude Club Remix)," it's not like you need further encouragement.

The original cut of Royksopp & Robyn "Do It Again" is below, in official music video form. Because if you're on a music blog you're probably not getting enough visual stimuli.

Royksopp & Robyn Do It Again EP is out now because the fine folks over at Cherrytree Records decided to distribute it.

Thanks for stopping by Bitcandy, where we don't care what they say 'cause it hurts so good.