San Fermin "Daedalus (What We Have)" 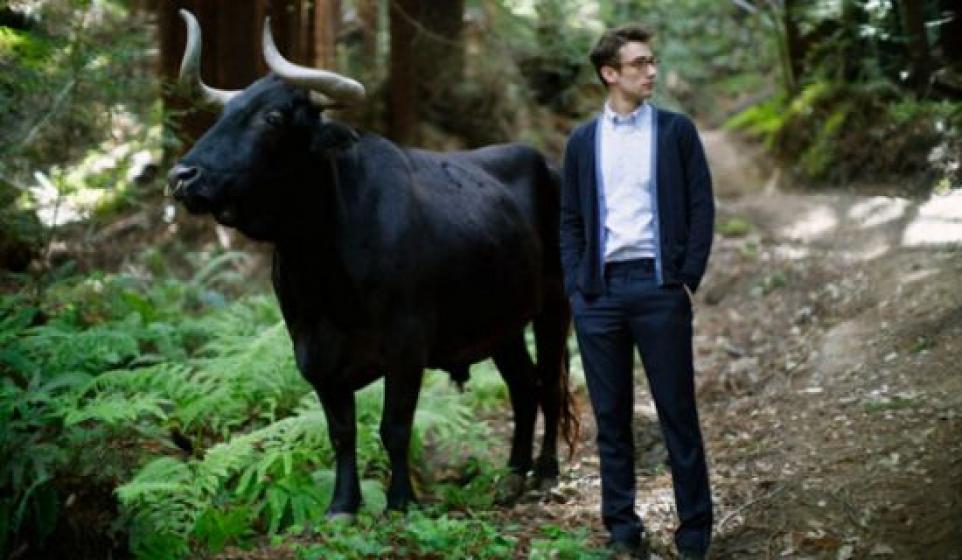 Earlier this summer we brought you "Sonsick," the gorgeous debut single from the Ellis Ludwig-Leone led outfit San Fermin. Today the orchestral poppers are back with the best new track, "Daedalus (What We Have)."

"Daedalus (What We Have)" is the second single off San Fermin's forthcoming self-titled debut record. It doesn't grab you instantly the way "Sonsick" does, but instead slowly works away at your resolve and preconceived notions. To an inattentive listener this track likely comes across as boring, but if you peak beneath the surface you'll find a luminous baroque number that gently sways and rocks you.

Which is to say, it's a really pretty song.

Once again the Sufjan Stevens comparisons are nearly impossible to ignore. And while there are three other mofos in this band, it's equally tough not to view San Fermin as Ellis Ludwig-Leone (and friends). Ludwig-Leone is only two singles in, but he's already making a name for himself as one of indie's best composers and songwriters, and with "Sonsick" and "Daedalus (What We Have)" it's easy to see why. These two tracks have likely shot the expectations for the band's debut album into the stratosphere, but we'll cross that bridge when we come to it. For now let's just enjoy this tremendous song.

Listen to San Fermin "Daedalus (What We Have)" below:

San Fermin is out September 17 via Downtown Records.

Thanks for stopping by Bitcandy, where there's no rosy days almost left behind.