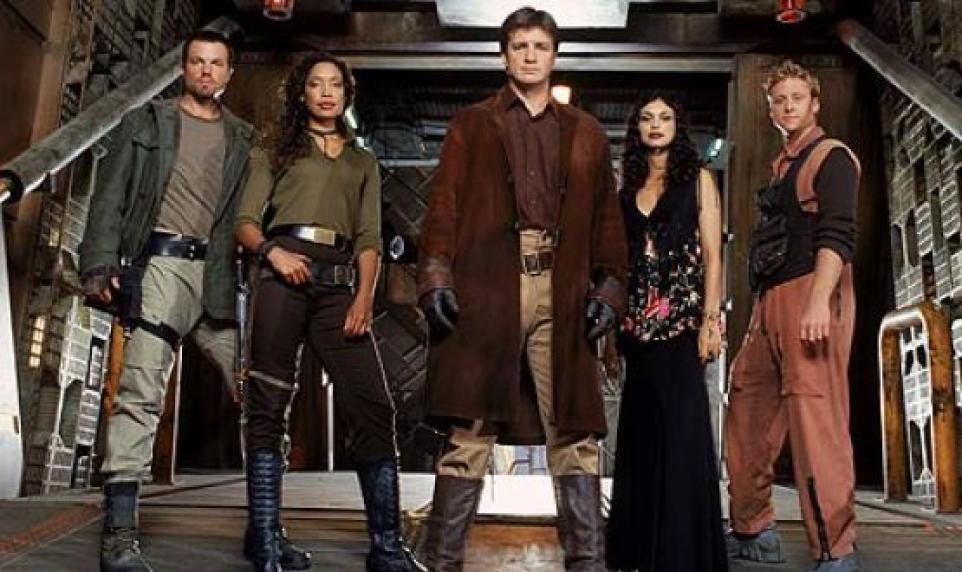 "Serenity" from 2005 is the movie adaptation of "Firefly"—a short-lived but well-respected TV series from FOX. Joss Whedon, the
creator and director of both sci-fi adventures managed to translate a small screen idea into a motion picture with such great skill and precision. He created a film that stayed true to the principles of the original concept but stood out if not surpassed its predecessor in terms of scope and entertainment value. The characters are engaging and the actors played them convincingly with great awareness to the overall storyline. The excellent acting, brisk action sequences and humor-laden narrative differentiated Serenity from the usual overwrought pace of conventional space adventure storytelling.

It’s the 26th century—humanity has relocated to another star system and  the galaxy is governed by a totalitarian military regime known as the Alliance. Its visions of a harmonious interstellar empire have not gone unquestioned though as their iron fisted methods didn't bode well with the league of rebels known as the Independents. The rebels denounced tyrannical governance in any way, shape or form and have bravely fought against Alliance's oppressive regime.

A bloody civil war ensued and the Independents were crushed by the powerful Alliance forces and the surviving insurgents were driven helplessly towards the farthest reaches of the galaxy; where a pack of marauding cannibals known as Reavers also roam wild. Captain Malcolm “Mal” Reynolds (Nathan Fillion) who fought as an Independent in a losing cause is now the head of Serenity, a rogue ship that wanders around the galaxy pulling off petty crimes to survive.

When Mal takes two passengers aboard the ship—a young doctor Simon (Sean Maher) and his unstable teenage sister River Tam (Summer Glau)—he realizes that he might have gotten more than what he’d bargained for as the two are being hunted by the Alliance. As it turns out, the young girl has incredible psychic powers and is a valuable asset to the intergalactic regime and they will stop at nothing to get her back; even sending their deadly tracker The Operative (Chiwetel Ejiofor) to chase her down.

Serenity is now caught between the unstoppable military force of the Alliance and the ravenous appetites of the Reavers (think Klingons from Star Trek but much much worse). Mal must rely on his instincts and trust his crew to steer clear of the seemingly omnipresent dangers that prowl in the expanse of space.

Some other excellent scenes: