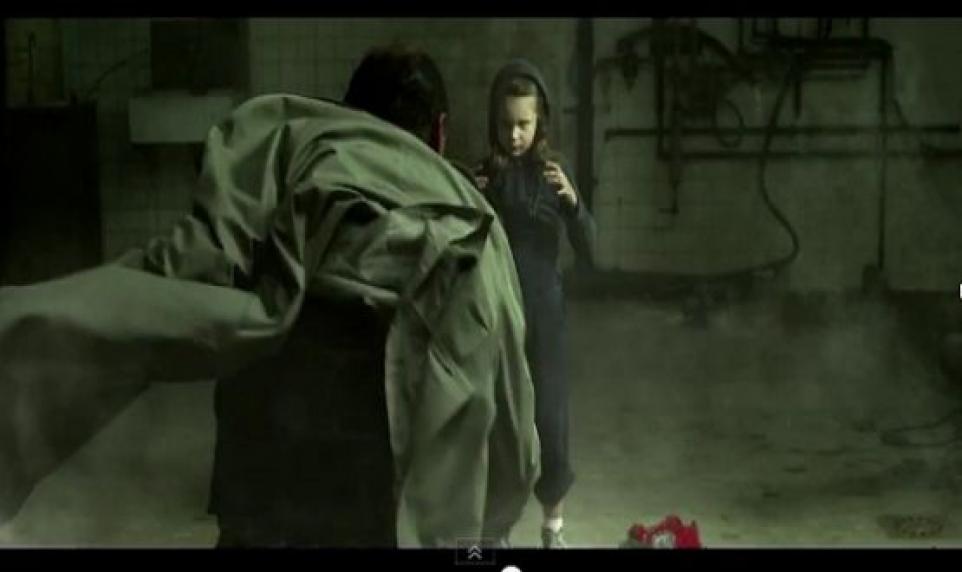 For the first minute or there abouts, Skrillex's new track, "First Of The Year (Equinox)," is a weird potion of chipper reggae, over which looms a shrill (and genuinely agonizing) vocal line. Hold tight, though, as his trademark dub step soon hits full force, with crunky synths charging forth with insane vigour.

The track has an intriguingly eerie ambience and this quality is undoubtedly heightened to ever creepier heights thanks to the just-released, Tony Truand-directed video. Featuring some archetypal horror imagery, including terrifying toy dolls, lanky-fingered aliens and a possessed child (who gets some pretty hefty revenge on a would-be predator), check it out below.

This won't be the first time the Los Angeles producer has used viral video to his benefit. His 2010 track, "Scary Monsters And Nice Sprites," actually nabbed the "OH MY GOSH!" vocal hook from that legendary hilarious cup stacking video from YouTube user "speedstackinggirl." Seriously! Compare the two below.