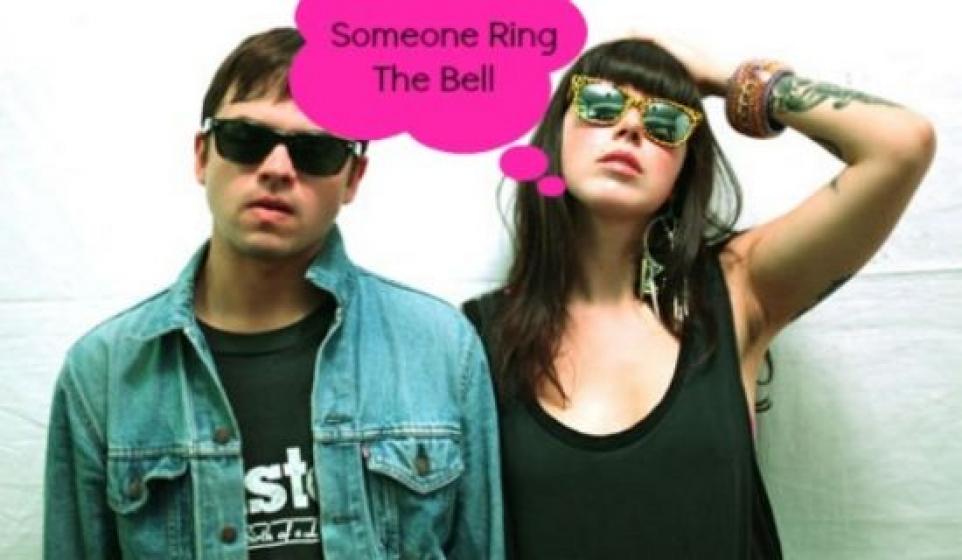 The Sleigh Bells released their high energy yet sleepy new album Bitter Rivals, and in doing so have also practically announced their own break up. Doubt me? OK...Have you actually heard this album? Who wants a Derek Miller solo album? Raise your hand. Well, mark this indie music review post and we'll see in a year from now.

I mean, when it comes to looking for awesome jams on this album (unlike their debut), it's like trying to find Miley Cyrus's ass muscles. They just aren't there, baby.

Oh and any litigious lawyers reading this post, Sleigh Bells have officially not broken up. But we think they will.

But no, this album isn't sleepy...it's just tired. We've heard this same sound before for Sleigh Bells. And I loved it when it came out on an album named Treats in 2010. Wow...breakthrough. New sound. Great songs. Totally in the breakthrough column. I was hooked...and a fan!

Then came Reign of Terror, the follow up album which was notoriously average enough to make our Indie Sales Fails of 2012.

Now we have the latest release, Bitter Rivals. I suppose that's what Sleigh Bells and BitCandy will be now.

But just like the song says, "You are my bitter rival, but I need you for survival," the lyric couldn't be further from the truth. Because, much like late night talk show hosts need politicians to be the brunt of social commentary and knee slapping jokes, we need some "poser" albums to write up and tell the truth, despite what the hype may you lead you to believe.

"Sing Like A Wire" is the second best song, if you can call it that, on the album. Great riot girl orchestral hit guitar and beats jam. But "Sing Like a Wire," what the hell is that?

So getting back to my point of the band breaking up, I think the writing's on the wall. I've heard the new album, and guess what? They just don't care anymore. Top indie it is not! And with each album selling progressively less, will their label Mom & Pop pony up the advance for the fourth album? I say it's doubtful.

So here's the Spotify stream of the entire album.

Check it out and retweet or like the post or comment below if you think we've got a point. Or dispute us. We love a good argument.

Sleigh Bells just took 45 minutes of my life that I'll never get back. Oh well, at least it was fun writing this post.