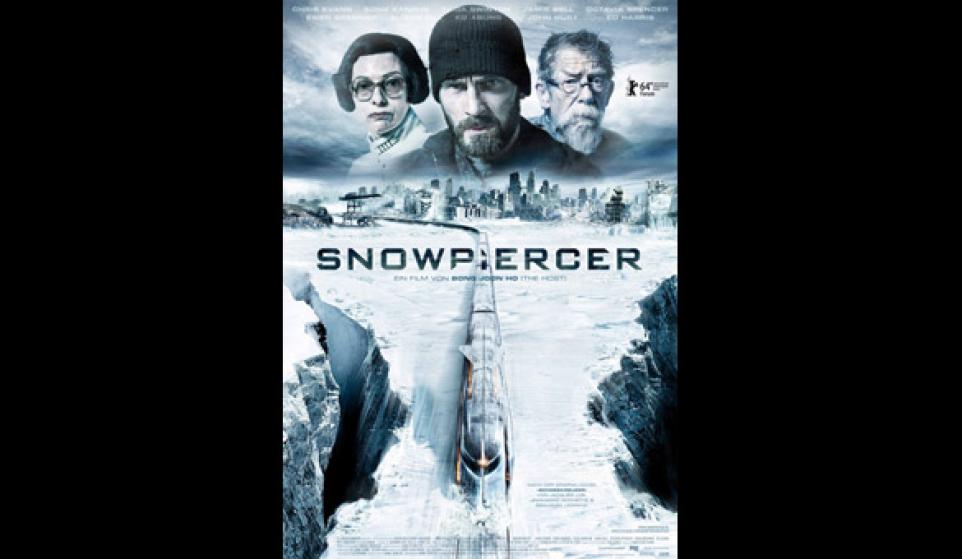 Slicing in at #5 of the Best Indie Films of 2014 is “Snowpiercer,” a post apocalyptic, class warfare film that takes place in the confines of a perpetually running locomotive that’s circling the globe non-stop for more than 18 years. Sounds like a ludicrous premise? Sure, that is if you can’t suspend disbelief for a moment and take “Snowpiercer” for what it really is; a campy, no holds-barred depiction of a dystopian world--with a brutally persisting caste system--surviving in a self-contained, oppressive environment. There! It wasn’t so hard to buy the entire concept, was it? If you can abandon logic for a while, you’ll surely enjoy this wild and wonderful thriller of a ride.

“Snowpiercer’s” storyline is as claustrophobic and simplistic as its location but its heart and dispositions are as spacious and unpredictable as it can get. Kudos to writer-director Bong Joon-ho (The Host and Mother) who, in his English-language debut, teamed up with co-screenwriter Kelly Masterson and successfully employed innovative ways of telling a tired premise and gave it a much-needed fresh spin.

By separating survivors into different cars, with the elites comfortably situated at the front, enjoying the spoils while the have-nots are living in wretched conditions at the back, they have effectively illustrated how unjust this self-contained dystopian world is—which naturally became the impetus for the ‘class rebellion’ led by reluctant hero Curtis played by Chris Evans of Captain America fame. And by dividing each train with heavily-guarded security doors, the viewers are introduced to new worlds, new challenges and new dangers as the rebels make their way up the train. This method is nifty and it made the film more engaging and somewhat layered.

“Snowpiercer” is unapologetic, violent and at times heavy-handed especially in the delivery of its political undertones but it’s never gratuitous. It has just the right amount of crazy juice or fuel for the lack of a better word to set its narrative in motion fast enough for the audience to ride on, forget about logic for a while, immerse in the colorful premise and connect with the actors on many levels.

Synopsis
The future: A global warming panacea that has gone awry has turned earth into a frozen, lifeless hellscape. Almost all life has perished except for a few survivors aboard the “Snowpiercer”--a self-sustaining locomotive that runs on perpetual-motion engine. It has been circling the globe for 18 years and all this time, it has been governed by a brutal caste system; the elites are comfortably living their lives at the front of the train while the impoverished lower classes occupy the rear cars. Each car has been separated by a shut heavily guarded security door designed to keep the indigents away from the luxurious first class cabins. The balance of power soon shifts when a cryptic message inspires the have-nots living in wretched conditions to revolt against ‘the powers that be’. Led by reluctant hero Curtis, the oppressed decide to take matters into their own hands and take over the train once and for all.