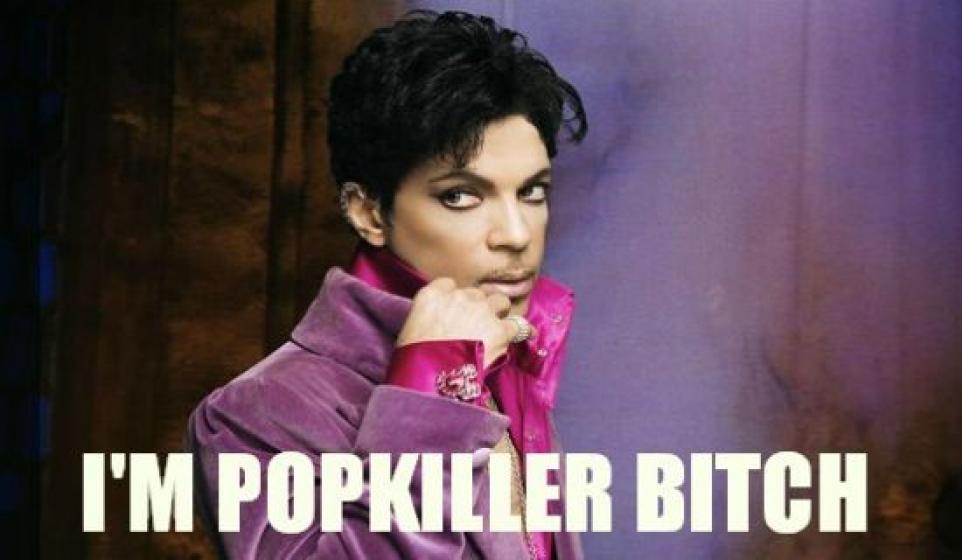 If we’ve learned anything over the past week it’s that Beyonce should probably brush up on her acting / lip synching skills...timing is everything! Speaking of perfect timing, it’s time once again for another weekly dose of Popkiller's songs of pop.  But wait? What is popkiller you ask? In short...it’s pop that is truly fucking awesome and what pop should be (!), where we separate the Biliebers/lip synchers/pretty much anything in your 12 year old sister’s iPod, from the talented artists that in BitCandy opinion, honor the true meaning of our kind of pop.

So forget about what your lame stream friends are listening to on the radio and throw out your Billboard’s Hot 100. If you truly want to know what’s buzzing around in our community let’s get started before I get a call from a pissed off Sasha Fierce.

Bruno Mars - Locked Out Of Heaven (The M Machine Remix)

Yes! This is how I like to listen to The Police, I mean Bruno Mars. I was apparently very late on picking up The M Machine’s Metropolis Pt. 1 EP. In my eyes these men can do no wrong.

We were already fans of Tightrope way back in 2k12, It was uppy and BitCandy radio worthy. But this remix is the cherry on the sundae. Something tells me this knob twiddler knows exactly what he’s doing.

Umm yeah, told you guys! Kudos to Dido for handing this single over to j.viewz. I heard the original and it was such a snooze, hopefully this remix makes it into her album said to be released in March.

If you’re an avid BitCandy reader then you obviously know we love Churchill. On that note, enjoy their newest video for their single we loved Change.

I usually turn my ear the other way when someone tells me “OMG you gotta listen to this!” But being that I am not an arrogant douche on a good day I gave the track a listen. I’m on the fence about these guys, but I’m a sucker for romantic lyrics with a nauseating rockish vibe. I dunno, what do y’all think?

Somewhere between indie and pop is alternative pop! 19/20 year old unsigned duo from Long Beach, CA. If you haven’t heard of them, well you read it here first. Read up on them, son!

This is by far my favoritest song on this week’s list. Prince baby, I will never hate anything you do. I will always and forever and ever be your berghest fan! I’m with Howard Stern on this one: Home run for Prince!

This band is getting a big buzz in London...Everly Brothers for 2013? Strange that the Brits are making better Americana Pop than the U.S. p.s. Check out the chicks just hanging out on the side. They are so like “whatever.”

Tegan And Sara - Now I'm All Messed Up

Besides the epic 1st single, “Closer,” this is my 2nd favorite song on the new album.  T&S, you’re getting finer and finer as you age.

With some shades of Berlin "Take My Breath Away" meets 2013, Austin native, Liz Primo is coming out with her upcoming album.  You can preview it here and iTunes link https://itunes.apple.com/us/artist/liz-primo/id459610356?ign-mpt=uo%3D4

Well I hope you all learned something from our list. There’s nothing like some good ol' pop to help you get through the week. Until we meet again...make sure to keep your ears open and let us know if there’s anything we should add to our Best Of lists. See ya next hump day!