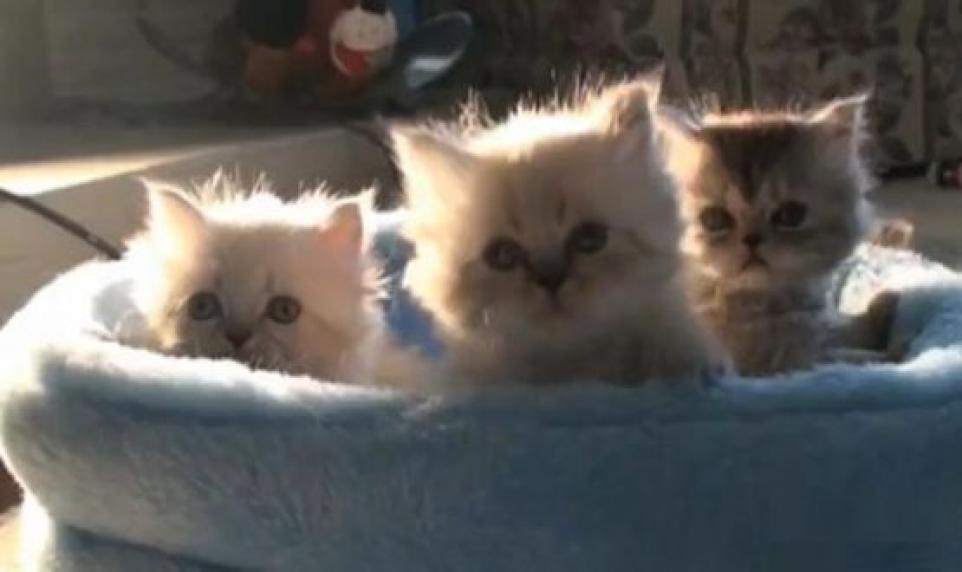 Aww...just look at those cute little kittens. I'm sure they just love Santigold, Cults, Black Lips, Gaga, Bon Iver and more.  And admittedly, we can't say that this week's Installment of "Best New Songs" isn't going to be as cute and cuddly as these kittens...but on the other hand our filtered picks of the week you might adore as much as these cute little pussies.

Santigold feat. Karen O of the Yeah Yeah Yeahs - "Go", love this track but you know what I love even more..is the person who originally put the meta data on this song who thought we wouldn't know Karen O is from the Yeah Yeah Yeahs.  Jeez.
Cults - "Abducted", the next single from The Cults, Brian Oblivion and Madeline Follin's delicious indie duo.  Check out more on their bandcamp page http://cults.bandcamp.com/ Album coming June 7th on (gasp), major label, Columbia Records.  And Ok this track has been floating around for a couple weeks so I'm just getting around to it.
Beastie Boys - "Fight For Your Right", with all the overkill of the Hot Sauce Committee album...I mean c'mon...let's be honest, the new album is only on the "good plus" side.  Just like a TAB soda from the 80s, the buzz seems to have evaporated only a couple days after being opened.  So, I felt like returning to the original humble beginnings of the boys, instead of just posting up a B Side from the current album (of which there are about 10 of them)
Kurt Vile - "Jesus Fever", who doesn't have "Jesus Fever?!"...oh sorry that was "Bieber Fever." OK...lots of people still have "Jesus Fever" (except maybe those that gave their life savings to help advertise for the Rapture, now postponed to October 21st). Just kidding.
M.I.A. - "There's A Space For All Dat I See", making her comeback from the last disaster album with all the new edge and excitement of spelling "that" as "dat" in the song title.  Dat's da bomb!  And so is this song, actually.  Who wants to see Diplo and M.I.A. do a freestyle rap battle?
Black Lips - "Modern Art", new album coming June 7th.
Lady Gaga - "Americano", I don't know if this will be a future single but it's one of our favs off the new album (reportedly selling 1MM copies 1st week)...kinda different but also a straight up knock your head over European song of the summer.
Bon Iver - "Your Love", Who knew that Bon Iver was all about doing covers.  I didn't until I read about it from the good people of Stereogum.  This was by far the best; a great cover from The Outfield interpreted by Bon Iver.
Until next week...!
-- G L I T C H --