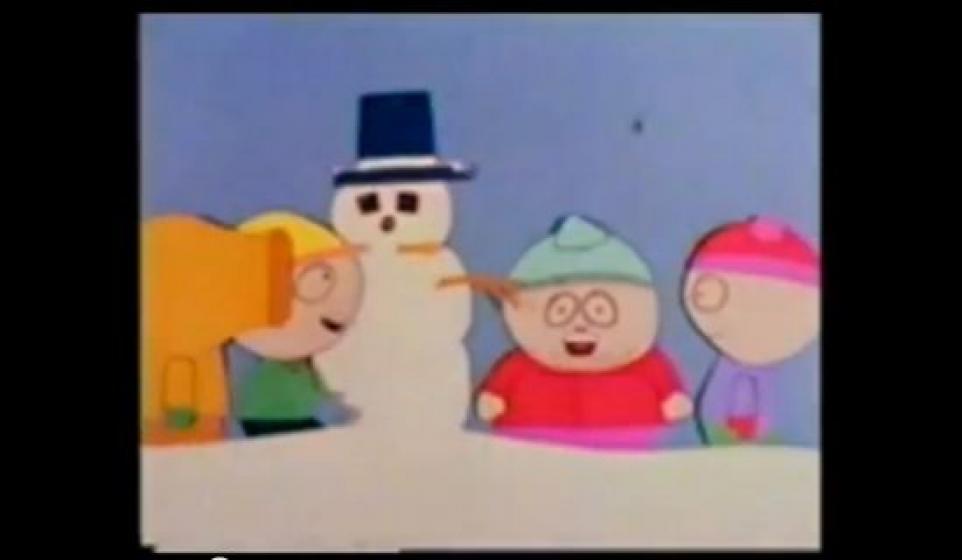 Happy Holidays and Merry Christmas from BitCandy!  And what do we have for you on this joyous occasion?  Yes yes... Some "NutCracker Suite," some Handel, some "12 Days of Christmas??"  Fuck no!
No instead...in our best music videos column, we've got for you the very first original South Park Christmas episodes!  These are the original lo fi home made "shorts" that preceded South Park's official debut by 5 years!
Yes, South Park was not an overnight success.   So, another lesson to you indie wankers and EDM knob twibblers that think you can just put in a few years and have a smash career...well, you're wrong.   Because that's right ... South Park was a long time in the making.
Now...let's get back to the Holiday Spirit...let me be a video Santa and drop these 2 tasty Holiday treats on you.
First we bring Jesus vs Frosty, where in this short, Kenny is actually Cartman!...and those poor South Park kids (this might be the only episode where someone more than just Kenny gets killed).

South Park: The Spirit of Christmas (Jesus vs. Frosty) 1992

Secondly, as the Matt & Trey perfected their skills...we have a slightly better video quality on "The Spirit of Christmas" that came out in 1995 (2 years even before the official debut on Comedy Central).    Apparently, this video was a "video greeting card that someone at FOX had send around to their cronies.  (Remember....this was pre YouTube so anything unreleased existed purely as a VHS tape copy.

South Park The Spirit of Christmas (Jesus vs. Santa) 1995