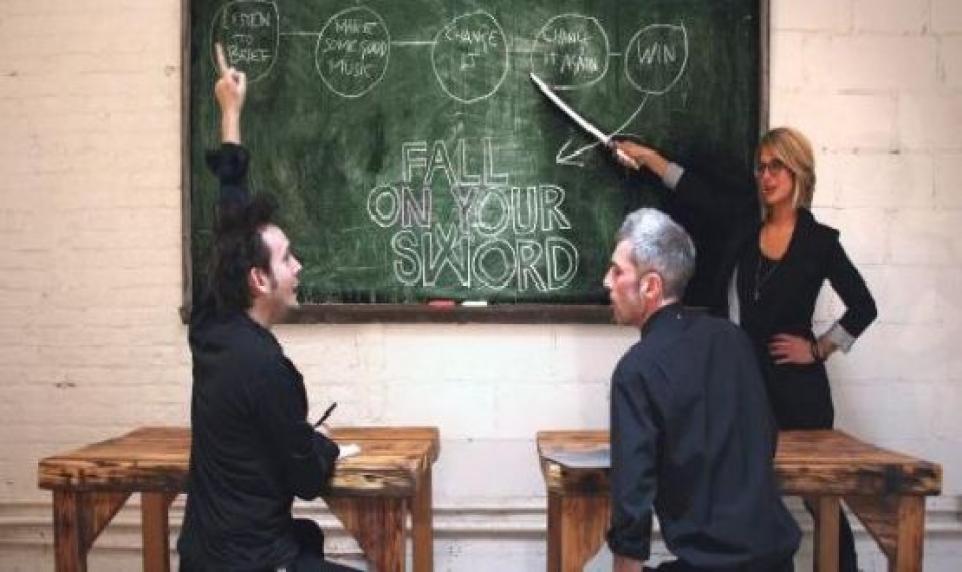 Stream Fall On Your Sword's 'Another Earth' Movie Soundtrack

Hot off the press! Milan Records have just uploaded an extraterrestrial concoction of sounds from Fall On Your Sword that you guys seriously need to check out.

Made up of Will Bates and Philip Mossman (and yes, that is the Mossman formerly of LCD Soundsystem), the IDM/electro duo have recently scored the soundtrack for sci-fi Sundance entry, 'Another Earth'.

Reading the synopsis to said flick -- "On the night of the discovery of a duplicate planet in the solar system, an ambitious young student and an accomplished composer cross paths in a tragic accident" -- it is perhaps unsurprising to discover FOYS have written an aptly alien soundtrack which reaches existentially epic, Krubrick-worthy heights (had he favoured synths over strings of course).

Stream the soundtrack in it's entirety below:

Another Earth - Soundtrack by Milan Records

DFA Records are also set to release a 12-inch that contains extended mixes of a couple of  the soundtrack highlights on July 26th. You can check them out in the widget below:

Of course, all the above makes Fall On Your Sound sound wholly pretentious, "deep" guys. Wrong! The great thing is that these dudes have a wicked sense of humour too. Just check out 'Shatner Of The Mountain,' a ridiculously catchy FOYS' jam compromising of cut-together William Shatner quotes taken from an interview about 'Star Trek V: The Final Frontier,' below. Awesome: