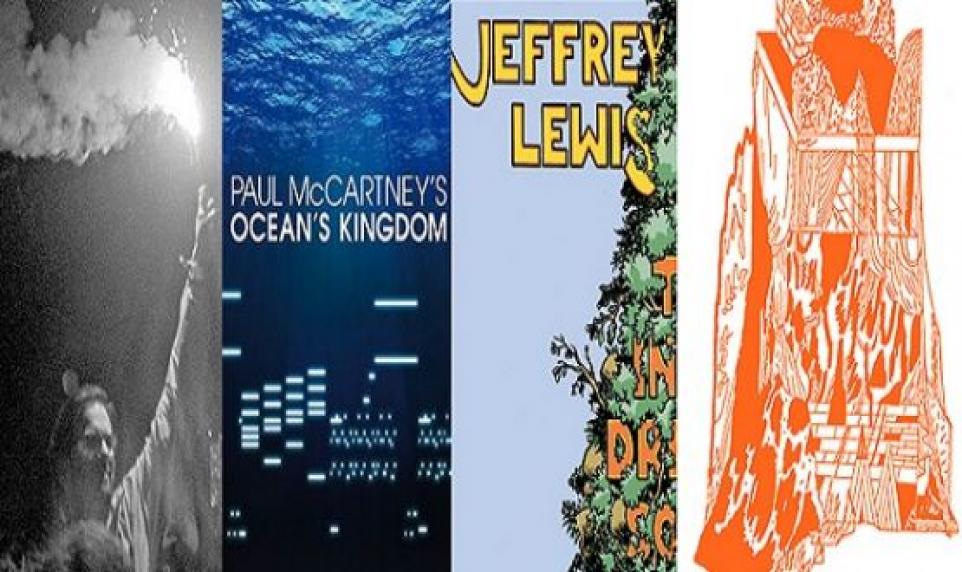 Shout out to Steve Jobs. Without him, BitCandy probably wouldn't even be bringing you this album preview and stream roundup today. For starters, many of you are very likely checking out this blog post via an item of Stevie's invention. But it stretches beyond that. Really, when you think about it, Steve Jobs is the man responsible for bringing the music industry to the digital realm in the first place (as this Telegraph article points out).

Seriously, without Jobs and his visionary work, it is unlikely the concept of the stream would have come into being. So, RIP man, thanks for everything.

James "I single-handedly made auto-tune sales escalate triple fold in 2011" Blake's new EP 'Enough Thunder' is out now on Universal Republic. Want to try before you buy? Head to ABEANO, who are currently streaming the Bon Iver-featuring EP in its entirety.

Paul McCartney continues to prove that he can do whatever the fuck he wants with 'Ocean's Kingdom,' an orchestrated ballet score "following the story of an underwater world". The LP -- which is out now -- is currently available to stream over at Spinner.

Jeffrey Lewis – A Turn In The Dream

Comic-book scribbler/anti-folk troubadour, Jeffrey Lewis, releases his like, 8954859430th LP, 'A Turn In The Dream', on October 11th (seriously this dude's discography is so vast that I've lost count). Stream it over at The Guardian.

Yesterday, during our feature on Casiokids, BitCandy told you to "shut up and listen to the Nordic gibberish make awesometimes in your earholes." We wasn't being mean, it's just we love the Norwegian band's new LP, 'Aabenbaringen over aaskammen,' so hard, we got ourselves rather hot under the collar. Anyway, where was we? Oh yes. Shutting up and listening to 'Aabenbaringen over aaskammen' in full over at Paste Magazine.