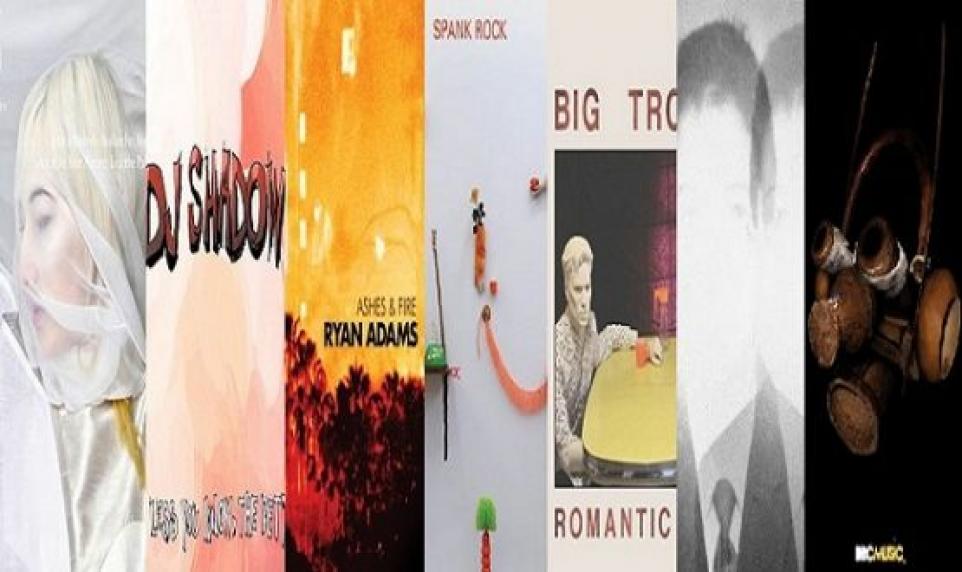 Raindrops on roses and whiskers on kittens, bright copper kettles and warm woollen mittens, brown paper packages and free album streams -- these are a few of BitCandy's favorite things. While the roses, kittens, kettles, mittens and paper packages are (regrettably) unavailable at present, at least we have a bunch of streams to indulge in. And so can you -- just check out our list below.

October 4th marks the release of 'Conatus', the third LP from the bewitching (albeit 'goth-rock' label resenting) princess, Zola Jesus. Listen as the Russian-American songstress polishes up her colossal, crystalline soundscapes and robust vocal performances to ever ethereal heights.

Stream 'Conatus' over at The Guardian.

DJ Shadow - The Less You Know, The Better

Jon Adams, aka DJ Shadow, returns with his fourth studio album, 'The Less You Know, The Better,' on September 27th.  It is the producer's first LP to compromise of original material since 2006's 'The Outsider.' Expect an eclectic journey of genres, from spinning-top sample-based tracks to more placid piano-led moments.

Stream 'The Less You Know, The Better' over at NPR.

It appears butting out the cigarettes and marrying Mandy Moore has had quite a soothing influence on the previously disoriented Ryan Adams (come on, he released a metal 'concept' album last year). On October 11th, the North Carolina singer-songwriter will return with what has been labelled his "most mellow record to date," 'Ashes & Fire'. The album -- Adams' thirteenth -- has been produced by the legendary Glyn Johns, who worked with The Beatles, The Who and Bob Dylan (to name a humble few…).

Stream 'Ashes & Fire' over at NPR.

Spank Rock - Everything is Boring and Everyone is a Fucking Liar

Stream 'Everything is Boring and Everyone is a Fucking Liar' over at Rolling Stone.

Breezy indie-poppers, Big Troubles, release their second LP, 'Romantic Comedy,' on September 27th. BitCandy recently described Big Troubles as "Elliot Smith, had he been backed up by a smiley-faced power-pop band," so we are quite confident this hooky LP will bring a dose of sunshine to the start of your working week.

Stream 'Romantic Comedy' over at Stereogum.

Youth Lagoon - The Year of Hibernation

22 year old Trevor Powers stuck it to the man and dropped out of college this year in order to focus on Youth Lagoon, his dreamy music project currently firing its way up the hipster-end of the blogosphere. Powers' debut LP, 'The Year of Hibernation,' out September 27th, is a work of lo-fi bedroom-pop brilliance, which harks back to cassette-tape era Daniel Johnston fragility and haze.

Stream 'The Year of Hibernation' over at Spin.

Stream 'Kinshasa One Two' over at The Hype Machine.