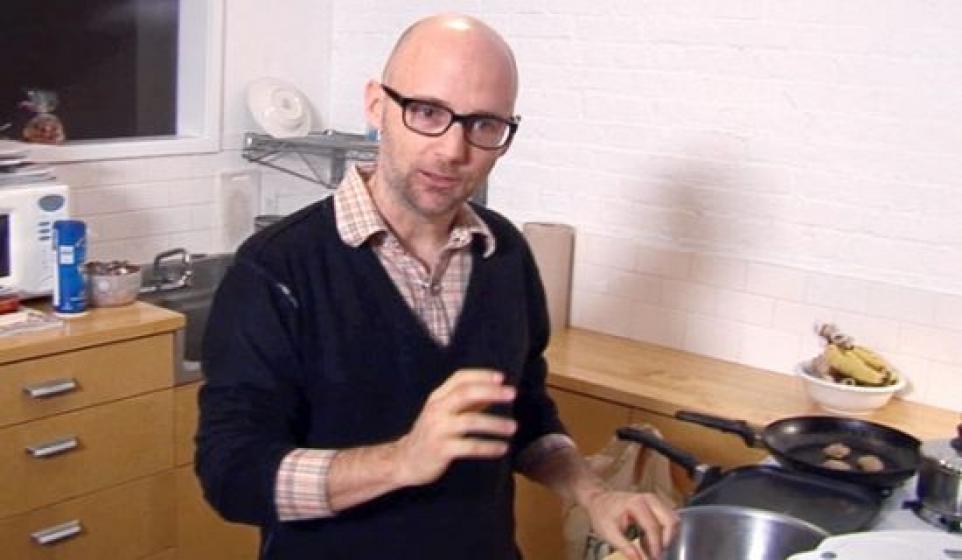 10 Things to Know About Moby

1) Top indie artist, Moby was born Richard Melville Hall on September 11, 1965. He is allegedly related to Herman Melville, prompting his parents to nickname him after the Melville classic, Moby Dick—a classic which the author’s namesake has never been able to actually finish. The most important thing to take from this is that Moby Dick is really, really boring. Here is the SparkNotes link just in case you still feel compelled to read it.

2) Moby formed a hardcore punk band in his younger years named Vatican Commandos. The album art for their EP Just a Frisbee was created by Rob Zombie.

3) When Moby was 19 he experimented with LSD which triggered a lifelong battle with crippling panic attacks. He is very open about his history with drug and alcohol abuse, and his constant battle to lead a clean lifestyle.

4) He attended the University of Connecticut, where he studied philosophy; but, he dropped out after only one year to pursue his burgeoning music career. Diploma or not, he’s still a pretty philosophical guy: “The way I work on music is that I go into my studio, and I start playing music, and I see what happens, and... I never think about it.” That is, so deep, man.

5) “Moby/ you can get stomped by Obie, you 36 year old bald headed fag blow me/ You don't know me, you're too old let go its over, nobody listens to techno.”

- The EDM industry is worth $4 Billion per year.
- It is the fastest growing mainstream genre in the United States.
- Both Moby and Eminem are in their 40s; both artists have 2013 album releases.

6) The controversy between Moby and Eminem initiated once Moby called Slim Shady’s music “misogynist” and “homophobic”. Mr. Mathers didn’t like that very much. “Without Me” was released in 2002, the same year Moby’s sixth album, 18, was released, with 5 million copies sold worldwide—a huge success for a techno album; although it couldn’t compete with the mass success of The Eminem Show, which sold over 7 million copies in the U.S. alone. The highlight of all this weird squabbling was at the 2002 MTV Video Music Awards (remember when MTV awkwardly/brilliantly sat them beside each other?); Moby won Best Cinematography in a Video for “We Are All Made of Stars”. Eminem won pretty much everything else.

And there’s a story for the grandkids, about the greatest musician beef there ever was.

7) Moby once owned a tea shop in New York where he would occasionally wait tables.

8) Moby’s longtime manager, Eric Härle, stated his 1996 LP, Animal Rights, almost ruined his music career by switching from techno to punk rock after his prior albums were not receiving the type of acclaim he hoped for. Ironically, this radical transition came just as techno was beginning to gain recognition in mainstream music.

9) He’s kind of cute with hair. Or without. Whatever you’re into.

10) Moby considered himself a “has-been” during the release of the popular 2000 single “South Side” featuring Gwen Stefani. “South Side” is the 8th, and most successful single from Play, but also happens to be Moby’s least favorite.

And there you have it. A little Moby recap to start your day—and Innocents review.