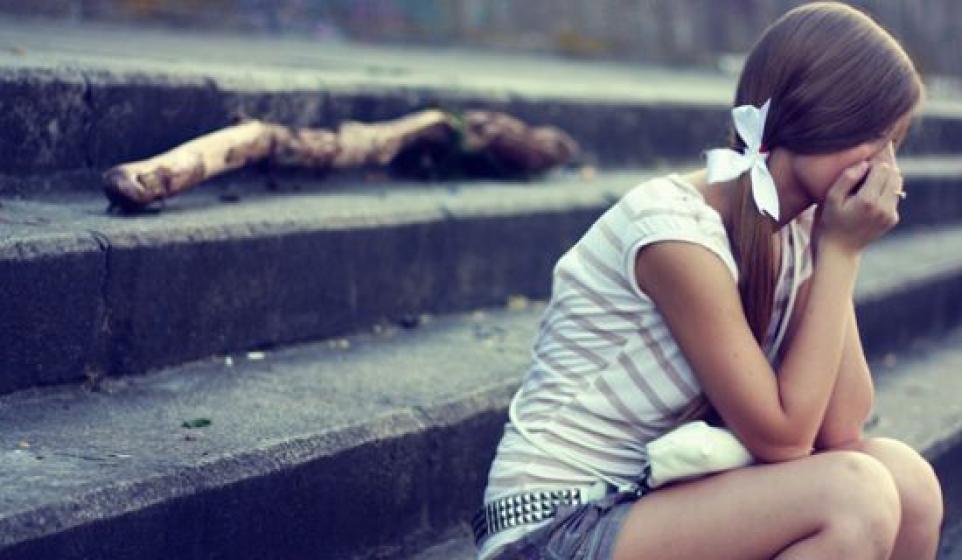 We here at BitCandy realize that we talk a big smack game. Are we trying to become the musical Kathy Griffins of the internet?  Maybe. For my own part, I’m simply hyper-sensitive to overhyped crap, and expressing that sensitivity in the form of internet snark is just fun. Now we don’t usually see this as incumbent upon good taste, but now that yearly album sales have been released, we have legitimate empirical data to cash the check our mouths wrote. So, without much further gloating, here are the most over-hyped, posers of 2013 in no particular order.

To state the obvious, we definitely called this one. To overstate the obvious, this Bizzaro World version of Hanson made us raise our eyebrows from the jump. Their debut album, Days Are Gone, earned a resounding “meh” from my fellow BitCandy reviewer jbrand. Trust me, “meh” was generous. Haim’s false hype was so egregious that we felt the need to satirize their lack of talent and misuse of Gibson guitars. For all of their label’s marketing and the media storm sprayed all over the internet, Haim has to-date only sold about 88k albums. I’m convinced that at least half of those units were just spendthrift people who were curious about the “cutie pie rocker” angle that’s been pushed by the media. A word of advice to those people: next time just go to YouTube to satisfy your curiosity. At least then when you react with the requisite “what the hell is this garbage?” you won’t also be annoyed with yourself for improper use of the internet.

Well, despite a promising start with their debut album, Treats, in 2010, after cooking crawfish on TV with Anthony Bourdain, and tracks from the sophomore Reign of Terror being played every fifth song at my gym, Sleigh Bells did not deliver the goods sales-wise on their 3rd album. Bitter Rivals was released 3 times between 2012 and 2013, but their total sales were a far cry from gold – only around 16,000. We thought they were heading towards mediocrity with Reign of Terror, but a couple of tracks made it into our “best of” lists: Best Indie Songs of Week 37, and Best New Songs of 2013. The former was a collaboration with Danny Brown, however, and he can do no wrong so that kind of doesn’t count. Either way, it’s a little early in the game for this band to be losing steam, so I’d advise Alexis Krauss to stop jangling the chains on her leather jacket and Derek Miller to actually play his guitar so that their hype becomes once again marginally warranted.

Thankfully, the buzz about Arcade Fire has died down, at least to my poor ears and delicate indie sensibilities. While the band’s newest album did reasonably well in sales at about 255,000, any semblance of critical acclaim was lacking. You didn’t have to tell me that this would happen; I’ve called Arcade Fire a one-to-two hit wonder from day 0. Though I do like a few of the popular songs off of the previous album, there is only so much one person can take of their over-emo big band stylings with their larger-than-life production values. How can you sound like you’re crying all the time, bro? As far as I’m concerned, this large band theatre show already has a comfortable home with Polyphonic Spree. Now we’re just getting greedy, guys. In BitCandy’s own review of Reflektor, Calvin Paradise says that upon first listen, the album sounds like “bad Talking Heads.” Now I always say that bad Talking Heads is better than no Talking Heads at all, but in this case we’re dealing with even more silliness. The sound is empty and hollow, with none of the feigned (yet marketable) emotive vocals. Once again I think consumers may have been duped into downloading this album, and I think we’ll see the numbers drop off sharply. Seriously, internet – am I the only one who uses YouTube on the old “try before you buy” model? Let’s get it together here.

It’s always tough to come back from a huge success like Oracular Spectacular, and MGMT certainly tried with their Sophomore album, Congratulations. While that one earned popular success, most of us indie jerks preferred the much less mainstream and, face it, weirder first album. MGMT certainly took their time to create their third album, which BitCandy’s Drudzins deemed “getting kind of desperate.” We think MGMT might be circling the drain, and it’s a damn shame too. There was so much promise in Oracular Spectacular. MGMT has been out since September of this year, and has only sold about 36k units; a far cry from the predicted 500,000. Usually rock stars get crazier as they become more famous, and some manage to channel that increasing nuttiness into further works of genius, but that doesn’t seem to be the route for MGMT. Like so many who have gone before them, MGMT’s rock star crazy seems to have turned into self-indulgent copycatting of older genres. After having waited a full six years for something equally as brilliant as Oracular, we can understand why fans just haven’t taken to what sounds like digitally recycled hippie funk. 2 bad so sad.

Oh Kanye, you’ve made our jobs so much easier here at BitCandy this year, providing fodder for sarcasm and spoof with nearly everything you did or said. Examples? Why, of course. He also inspired a stroke of genius from our fearless leader, Glitch, and the visionaries at nomiley.com in the new service which allows you to eliminate Kanye from all your Google searches. If you haven’t turned it on yet and are still suffering from Kanye-induced malaise, here’s the link. Kanye’s most recent album, Yeezus (seriously?), which we presumed was written and recorded from Chris Jenner’s guest bedroom, was released on June 18 and has yet to break the platinum mark, having just broken gold at 600,000 units. I’ll wager that many of those were bought by white suburban Kim K fans who wouldn’t know hip hop if it was sitting on their face. Jesus (or Yeezus), am I the only one who remembers “The Wire”?  What the hell happened?

I always get confused when I see those bumper stickers that say, “Not of this World,” and they are talking about Jesus. I was 100% sure the first time I saw that, it was talking about David Bowie. He is sometimes in, sometimes out, most of the time above, but never of this world. He even transcends labels like “icon,” “legend,” “mogul.” There is another, better word for him, but no earthly being can come up with it so we just call him by his name: David Motherfucking Bowie. That’s why it’s so surprising and disheartening that Bowie’s new album, The Next Day, has yet to hit gold since its release date in March of this year with only 200,000 copies sold. I reviewed the video “Love is Lost” on another platform, and I thought it was pretty good, though I’ll admit it sounds a little manufactured; less organic Bowie weird, more trying to be weird. The video itself is pretty spectacular though. Though I’m infinitely happy that Bowie isn’t working with Reznor anymore, I think this album is a mashup of classic old Bowie sounds, and not a particularly good one at that, and a fading voice. Bowie did work with a number of other artists in creating the tracks on The Next Day, so that’s going to be my main explanation for this so I can sleep at night. No modern remixing artist can really properly interpret the genius that is Bowie, and the one enduring quality here is that the lyrics are still as strong and haunting as ever content-wise. We can always take solace in the fact that there’s still as much interest in his older catalog as ever.

Ok, honestly, I don’t even know why we’re discussing this. Of course this album sucks. I think Glitch just likes to throw ultra-pop stuff at us writers every once in a while to mess with our collective blood pressure. I will say this about Britney: there have been a few strokes of, well, not genius, but certainly a little above mediocrity, in her catalog. “Three” was a great dance track, though it did, without fail, incite me to envision diseased genitals every time I heard it. “Toxic” wasn’t bad, nor was “I’m a Slave for You,” but let’s face it; ever since her breakdown a few years ago, she’s simply been the world’s highest paid vagina-flashing, lip-synching dancer. If things get really bad for Britney, she can simply join a travelling drag queen show and no one would be the wiser. It seems the general public is finally catching up to BitCandy’s cynical indifference, as sales for Britney Jean have yet to reach gold, currently at about 136,000 despite the album’s having been released last month. Each single that comes out from this album is a little more annoying than the last despite the gallery of famous producers, and to say that the newest video for “Work Bitch” is exploitative misogynistic crap would just be belaboring a point I’ve been making since 1997. Check it here if you haven’t already been assaulted with it.

While in his review of Negativity, BitCandy’s Calvin Paradise only gave Deer Tick’s sophomore album 2.3 on our ratings system and called it a “shit sandwich,” I don’t actually hate it. You’re talking to the original folk rock hater of all time here, and this album really doesn’t bother me, which is probably the highest praise I can give any folk outfit (that goes triple for you, Dylan). I will agree that the guitar work is shoddy, but what folk guitar isn’t? And I also concede that it’s emo bordering on whiny, but again, what folk lyrics aren’t? There’s something in singer John McCauley’s voice that’s raspy, a little dark, and reminiscent of Lane Staley. I digress – I’m supposed to be talking shit here. Deer Tick’s first album made waves and got the attention of many an indie folk critic and fan, and there was much anticipation surrounding the second full-length release. It seems, however, that the numbers on Negativity agree with Mr. Paradise. Released over three months ago, Negativity has grossed a pitiful 12,500 units, proving once again that I don’t know what I’m talking about when it comes to folk rock. Luckily, I don’t give even the remotest inkling of a fuck.

So there you have it – 8 albums of varying degrees of disappointment. These artists not only fell short of our expectations (that’s not difficult to do), but of their own, and most definitely of their respective labels’ predictions. As it’s Christmas, we did attempt to send the ghosts of mediocrity past, present, and future to them as a warning, but the augurs went unheeded; you normally can’t hear ghosts when your head is wedged sideways up your own ego. Better luck next year to all of our posers, but we won’t hold our breaths.