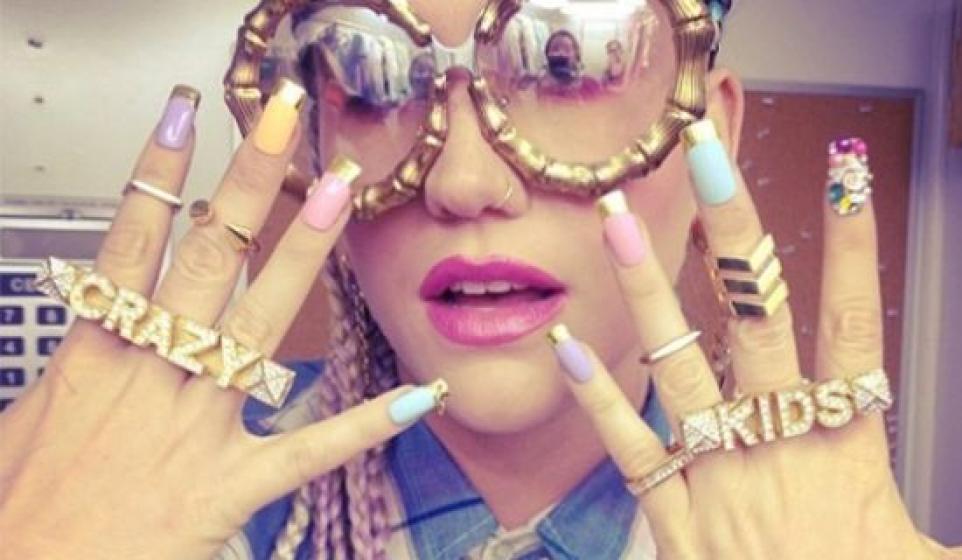 If the dollar sign in Ke$ha's name gives you a sense of foreboding, you're on the right track. It should be viewed as a signifier, a warning sign of something shameless, soulless, and late-capitalist. There's barely even an artist here. Every song title is a would-be catch phrase and hopeful radio-hit cash grab. She is essentially the logical conclusion of the teen-marketing feedback loop.

And yet, I genuinely enjoy "Your Love Is My Drug" and "Die Young." And while that song she did with the The Strokes may as well have been with a The Strokes cover band, it at least gave the semblance of trying.

And just when I was about to give her the benefit of the doubt, and apply the Roth-ian logic that 'simple is never that simple', this happened.

Watch the official video for Ke$ha "Crazy Kids (Feat. will.i.am)" at your own peril:

The obvious place would be those cornrows, but what can I say about them that hasn't already been said about that tornado that fucked up Oklahoma City? (Note: I realize natural disasters aren't funny, but I enjoy this metaphor nonetheless.)

The verse in which she rhymes Guuci with koochie, then hoochie, and then (really stretching it), "who's she," is embarrassing even by the lowest of pop standards.

Are we sure this isn't a Lonely Island short? Because it honestly feels like one from the 36 second mark on. Or it just feels like some sort of shitty viral marketing algorithm a computer came up with.

The (probably not a) Pan's Labyrinth allusion of the eyes on the hands was misguided as best.

will.i.am couldn't even bothered to show up for the video. He probably did it as a precautionary move in case the blood for Ke$ha's career ends up on his hands too. His bars are completely flaccid on this track. I would say he phoned this one in, but he's always been an exceptionally shitty rapper.

I realize this track and video are meant for pre-teens and not me, but that's not that point. This is pure shit regardless of how you view it. Ke$ha has already done two vastly superior YOLO-themed songs (see above). This isn't so much a regurgitation of her past aesthetic. For Ke$ha "Crazy Kids" is the equivalency of when a dog takes a shit, eats it, and then vomits it back up.

Oh, and there is "Crazy Kids" merch galore, because of course there is.