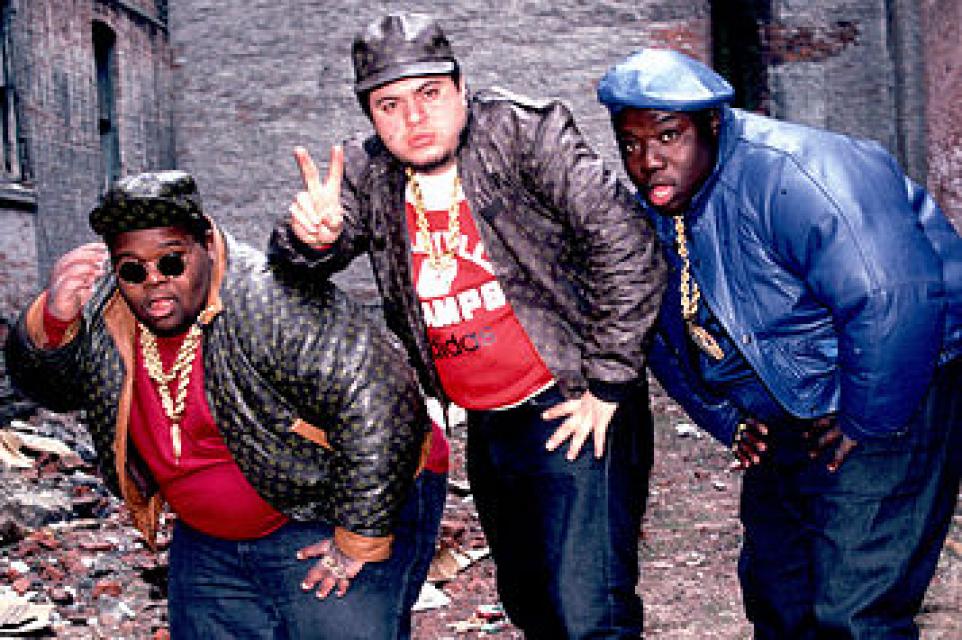 Throughout the course of rap history, there have been overweight MC’s who have held their own both on the charts and in popular public opinion, garnering success for such names a s Fat Joe, Big Pun, The Notorious B.I.G. and Rick Ross. However, none of these MC’s made a splash quite as big (literally) for overweight rappers like pioneers of Big Mac rap, The Fat Boys.

Emerging from Brooklyn in the early 80’s, The Fat Boys, made up of Prince Markie Dee, Kool Rock-ski and beat boxing pioneer Buff Love, released their first album in 1984, garnering decent success for the group. The albums also still considered an early hip-hop classic. After their manager got them some early air play on MTV, the group was catapulted to mainstream success, continuing to sell records. The good humored nature of the trio also landed them a spot in Run-DMC’s feature film Crush Groove and later in Disorderlies.

At the peak of the Fat Boys success in the early 90’s, Prince Markie Dee decided to leave the band to pursue a solo career, going on to produce successful records for Mary J. Blige and Mariah Carey. The remaining two members tried to continue without their friend, releasing Mack Daddy in 1991, but soon after disbanded, leaving The Fat Boys as nothing more than a Jay-Z lyric (“First the Fat Boys break up, now everyday I wake up, somebody got a problem with Hov”).

Sadly and not so surprisingly, Buff Love died of a heart attack only four years later, supposedly at the time weighing 450 pounds. The other two members of the group are still around today. Markie Dee is currently a radio DJ in Miami and lost a ton of weight recently. As for Kool Rock, he’s still fat, in a sense making him the only surviving Fat Boy.

As the case might have perhaps been for Group Home, I feel like The Fat Boys are a significant piece of hip-hop history that has simply been looked over by younger audiences. While they didn’t do anything revolutionary other than being the first obese brothers to embrace the fact that they're large in rhyme form (besides some old blues guitars perhaps), they’re also a case of old school rap artists that are a lot of fun to listen to... and other than my occasional binges of Enya, aren’t we all trying to listen to fun music?

All in all, if the Fat Boys are not on your IPod, check that shit out and consider yourself informed. And get Fat.