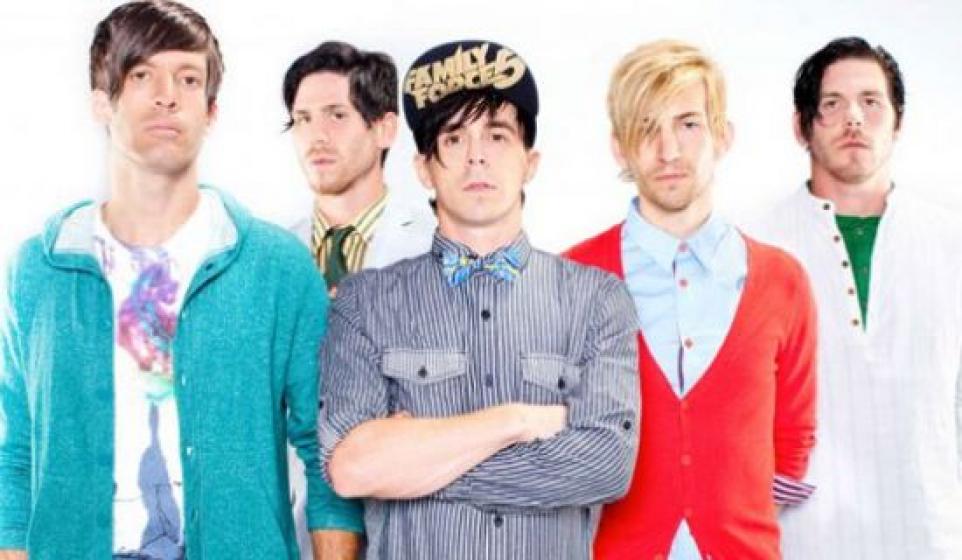 "The Fuck is This?" Family Force 5 "Chainsaw"

When you combine religion and music, you almost always get the worst of both worlds (the anti-Hannah Montana if you will). Christian crunk rock band, Family Force 5, is a pristine example of this rule. (We'll spare you the dissertation on how the tenets of Christianity could not run anymore counter to the tenets of crunk rock. At least for today.)

In what I still believe to be an elaborate practical joke, FF5's (as I'm sure all the kids at youth group are calling them) new video "Chainsaw" came across my desk today, and watching it briefly made me wish I had never left my mother's womb.

This is bad, folks. Like "cover your eyes" bad. You've got five bros decked out in their best Old Navy camping duds, wandering around the woods rapping 'bout chainsaws because Jesus Saves, or something? They try and teach us how to do the 'crank it like a chainsaw' dance, and apparently nobody in the band realized how much that sounds like a euphemism for masturbating. When 'cranking the chainsaw,' be sure not to gyrate your hips, least you cause your weaker brethren to stumble. And if you're 'cranking the chainsaw' by a member of the opposite sex, be sure to leave plenty of room for the Holy Spirit.

Ok, so there's no spiritual message here, so my potshots at Christianity are unwarranted, but this still sucks. This is some Nick at Nite or Zoog Disney shit. Musically the song could not be anymore derivative. None of the rappers' flow is even remotely interesting. And the 'crank it like a chainsaw' is a ripoff of about twenty other moves and beyond idiotic.

This whole enterprise is little more than a Christian band trying to reappropriate an enviable part of secular culture, thus allowing their fans to 'be in the world but not of it.' And while I'm fully aware that is the sole purpose of all Christian music, it doesn't have to be this terrible and shameless.

Maybe I'm overreacting. Decide for yourself. Watch Family Force 5 "Chainsaw" below. Just know that you won't be able to unsee or unhear it.

These guys don't have shit on actual Lumberjack music:

Or songs written by would-be Lumberjacks:

Is this as bad as we think it is?
This is the reason Baptists don't dance, right?
Seriously though, were we too harsh on these Christian bros?
Does Family Force 5 sound like a horrifying sex-act to anyone else?
Is Chros an acceptable name for Christian bros?
Even Jesus is embarrassed by this, right?

Also, if you're going to defend these Chros, please look at the level of "Crank It Like a Chainsaw" mercy they already have out.