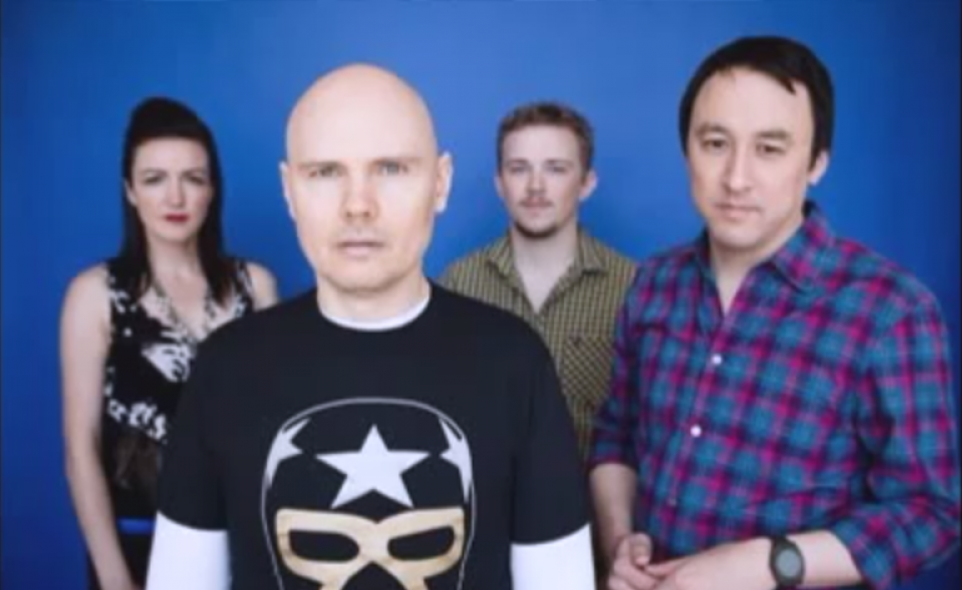 Am I the only one who remembers The Smashing Pumpkins saying that albums were a dead medium? Whatever happened to the cool-idea-but-terribly-named concept album Teargarden by Kaleidyscope?

Ah, who am I to judge? It's far easier for me to remember the few times I actually kept my word as opposed to all of the times i went back on it.

Anywho, the point of that seemingly aimless introduction is to act as a build up to today's Latest Music Tracks, "Violet Rays," a melodic number off The Smashing Pumpkins ninth studio album, Oceania. Listen to it below:

This track is somewhere between vintage SMP (was I the only one who called them that?) and Billy Corgan's dream pop outfit Zwan. This track is Corgan at his very best, writing a desperately intense love song that somehow feels low key. While nostalgia definitely helps, this track is also terrific in its own right.

Oceania is out now via EMI and Martha's Music. Pick it up where ever music is sold. Or more likely, whichever torrent site you use to illegally download music at.

Thanks for checking out our Latest Music Tracks.

p.s. Hey Billy Corgan, when you already have a reputation as an over-controlling dickhead, the very least you could do to combat that is allow people to embed the music off your soundcloud page. Just sayin'.