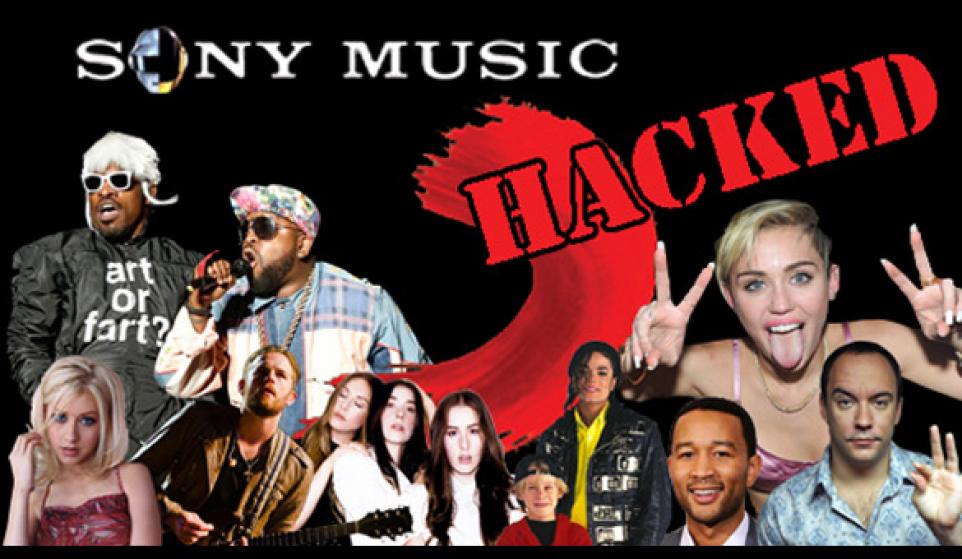 THINGS WE LEARNED FROM THE SONY HACK

Last week Sony Pictures e-mail was hacked and it seems that every day a new juicy tidbit and embarrassing secret is released for all of the internet to ravidly consume like the waste of society we all so clearly are. Though it is rather nice to see people at the highest levels of industry get taken down a peg by showing their true colors: saying racist things about the President, being petty about money or referring to untouchable high-culture celebrities as “spoiled, petulant, untalented brats.” The good news for us, dregs of the nation, not only was Sony Pictures hacked but so was SONY MUSIC. We’ve got some of the craziest leaked e-mails from some of the hottest artists in the world exclusive for you here today.

In an e-mail thread between the Outkast artists and their producer at EPIC, encouraging them to get back into the studio together, Andre states that he would “rather slice his dick off and give it away to a really shitty charity like one that’s pro-slavery than work with [Big Boi] again." Big Boi responded, asking why Andre was still on this reunion tour and Andre retorted by saying, “I’m wearing jumpsuits every night that literally say I’m a sell out. I like money and the American Public doesn’t even care if we’re any good or not. They just want me to jump up on stage and sing Hey Ya like a goddamn pony.”

Emails have been released detailing all of the vile, pornographic things one RCA executive would like to do to aughts teen pop sensation Christina Aguilera. Unfortunately, these emails harken back to 1995, from her early days being developed at the label… When Xtina was only 15. YUCKY!

A series of emails from RCA President Tim Corson to Dave Matthews bragging about how Dave used to be relevant but now is “one of the biggest jokes in the joke book.” Dave Matthews has another four more records in his contract that Tim is making sure to remind Dave “probably won’t sell one - one millionth the amount of copies that Under the Table and Dreaming did.” HARSH!

Yup! The rumors are true. Emails between Columbia chairman Rob Stringer and Daft Punk prove that the Pyramid loving French Robots are in fact members of the secret society that rules the world… The Illuminati. Tracking back to early 2013 when Daft Punk first signed to the meeting Rob asked them if they wanted to “take over the world through use of sublimated messages in their music?” Ten million plays of Lose Yourself to Dance on Spotify later and I’d like to think this conspiracy was a success. So did Rob Stringer. An email to the guys just last week saying “we did it! we took over the world. Now take off those masks and show the world your lizard people skin.”

Southern Friend Arena Rock superheroes Kings of Leon “fucking HATE peanut butter and if they ever see it again backstage at a show they are never going to perform in that city again… that's for fucking sure.” Woah. Calm it.

From e-mails dating back to the mid 80s, it’s been revealed that the three sisters HAIM were cloned and raised in Sony Music’s own privately owned laboratories to be the Indie-Pop Darlings of today.  “Twenty years of patience has finally paid off. These girls are so much more than we could have dreamed.”

“I’m John fucking Legend,” one e-mail reads. “I get paid three million dollars not TWO Million dollars to star in a Pepsi commercial, okay? I’m not fucking Justin Timberlake.” He then proceeds to berate Timberlake for a short novel’s length of material. He calls him a “a bubble-gum sucking clown frog,” a “cheap knockoff of Tony Bennet’s old man ballsack,” and “a wind up toy made by Disney to celebrate mediocrity.” We get it John Legend, you don’t like Justin Timberlake. Embarrassing!

Miley Cyrus is incredibly sad. Everyone in the company knows this, but there are some people internally who force her to continue acting out as a crazy party girl as part of a long running Bangerz viral marketing campaign. “Isn’t this campaign over?” Miley asks desperately in one e-mail “i really don’t want to get another tongue extension and start dating Gene Simmons.”

Oddly enough no one had a single bad thing to say about the man.

[DISCLAIMER: NONE OF THIS IS TRUE. WE ARE COWARDS WHO MAKE UP LIES ABOUT BEAUTIFUL ARTISTS TO GET CLICKS ON OUR WEBSITE. PLEASE FORGIVE US.]