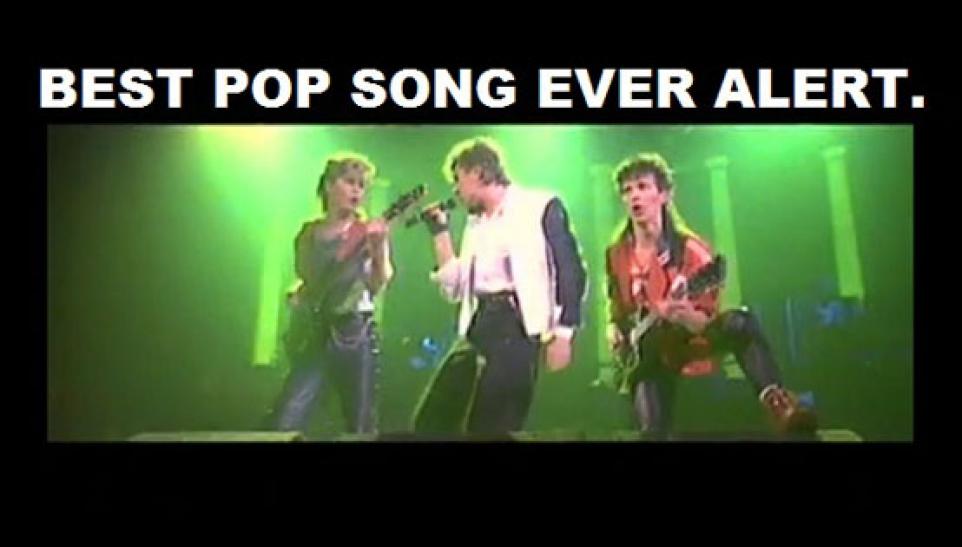 Do you wanna know a secret?

Duran Duran's “The Reflex” is my favorite pop song of all time!

Don't judge me! As this is the DEFINITION of PopKiller, baby!

And it seems a lot of people agree with me, after all, this was DD's biggest selling single EVER (even though Simon Le Bon admitted to penning it when he was shit-faced). In 1984, it topped the US, UK, Canadian, Irish, Belgian and Dutch charts, and it reached the Top 10 pretty much everywhere else. Oh, and guess what, it still sounds absolutely amazeballs in 2012!

“The Reflex” is lifted from Seven And The Ragged Tiger. Listen and love below!

And check out the "Arena (An Absurd Notion)" version, too! This is a concept concert film that Duran Duran put together in 1984, which tried to intermingle science fiction, art and amazing pop music. It's pretty bizarre, and I still have no idea what the f any of it is about, but damn, a lot of people forget how cutting edge Duran Duran were on the video and art front!

CHORUS
So why don't you use it?
Try not to bruise it
Buy time don't lose it
The reflex is an only child he's waiting in the park
The reflex is in charge of finding treasure in the dark
And watching over lucky clover isn't that bizarre
Every little thing the reflex does
Leaves you answered with a question mark