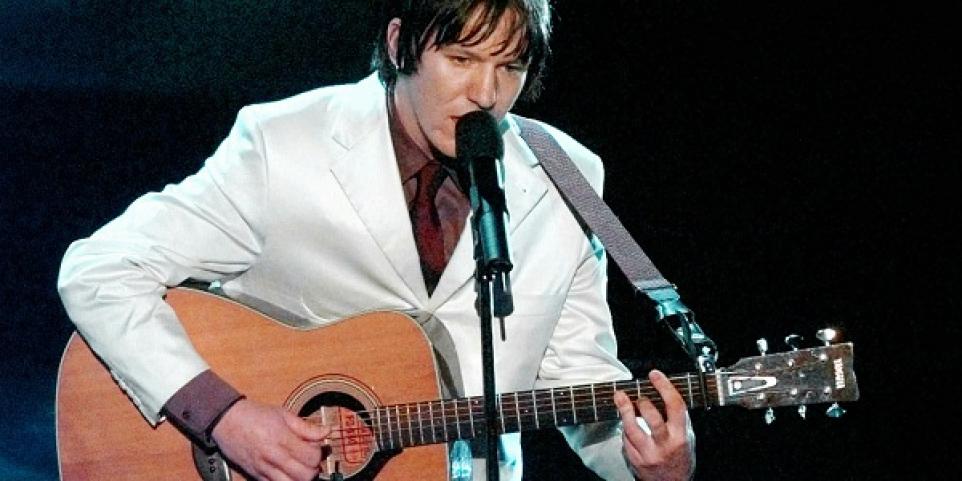 I know of all the Elliott Smith songs I could have chosen to feature, this is the most cliché, but bare with me, bro. As when you stop and think about what this song achieved for both Smith and indie music as a whole, it is really, rather breathtaking...

“Miss Misery” featured during the closing credits of Good Will Hunting, earning it a nomination for Best Original Song at the Academy Awards in 1998. And although the diffident acoustic ditty lost out to Celine Dion's cornball epic, "My Heart Will Go On,” it was still awesome that Smith was recognised in the first place. (Plus, when Madonna announced that Dion had won, she sounded super pissed, sarcastically adding “What a shocker.” It was later revealed MDNA had wanted Smith to win the award all along.)

After much pleading on the producer's part, Smith agreed to perform “Miss Misery” at the Oscars that year. Smith later described the experience as “surreal,” adding: “I walked out and Jack Nicholson was sitting about six feet away, so I avoided that area and I looked up at the balcony in the back and sang the song.”

Check out Smith performing “Miss Misery” at the 1998 Academy Awards, below. Remember, he was not only performing to a room full of fucking film stars, but to millions of viewers around the world, too. It has to be one of the most surreal/stupendous moments in indie music history (even if he does look like a lost little flower <3).

How about an alternate take of “Miss Misery,” as lifted from the posthumous album, New Moon?

And, finally, for all you hipsters seeking something a little less commercial, here is another favorite New Moon cut of mine, “Placeholder.”

Your two tickets torn in half
And a lot of nothing to do
Do you miss me, miss misery
Like you say you do?

I don't have you with me but
I keep a good attitude
Do you miss me, miss misery
Like you say you do?

Blue frames on the wall
It's a comedy of errors, you see
It's about taking a fall
To vanish into oblivion