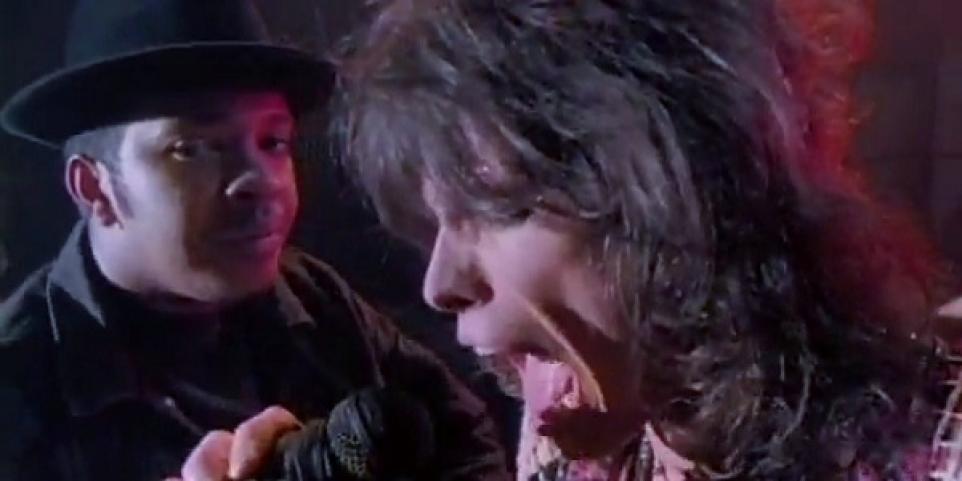 Yikes! We haven't heard Run DMC's "Walk This Way" in ten years, but it is still supah fresh and hell yes, one of the Best Songs Ever!!  Just had to break this one out.

"Walk This Way" originally featured on Aerosmith's 1975 album, Toys in the Attic, but its most iconic incarnation would not come into being until over ten years later, in 1986, when Run DMC covered the track at the insistence of Rick Rubin.

This was the first rap track to break into the Billboard Hot 100's Top 5. It catapulted both Run DMC and recovering alcoholics, Aerosmith, back into the 80s limelight, and convicted us to another decade full of open shirt jumpsuits and scarf adorned mic stands.

Well...you win some, you lose some.

(Btw, as a kid, I used to have nightmares in which Steven Tyler would burst through my wall...*shiver!*)

Tune in for more Best Songs Ever from BitCandy tomorrow!